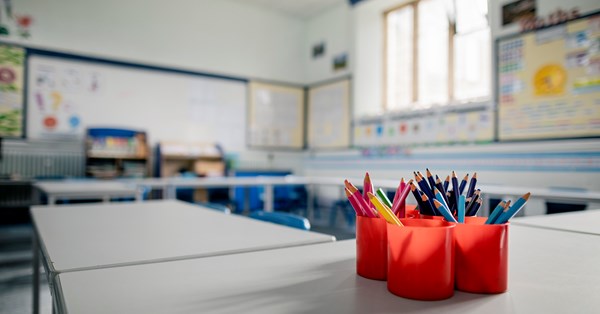 PROTECTING the religious character, governance, quality and sustainability of Church of England schools as the government moves towards universal academization was among the top concerns of Bishops debating the Schools Bill in the House of Lords this week.

The bill skipped the Commons to pass its second reading in the Lords on Monday, just two months after the publication of the education white paper Opportunity for all. The paper proposes that, by 2030, every school in England will be part of – or at least be in the process of joining – a Multi-Academy Trust (MAT).

To achieve this, the bill would introduce a new set of academy standards, to replace the independent school standards. It would also introduce statutory powers over MAT structures and governance. There are proposals to increase minimum school hours (32.5 per week by next year) and student attendance (through a new national register), and for a national funding.

Academies are state-funded schools in England, directly funded by the Department of Education (DfE), which are independent of local authorities and do not have to follow a national curriculum or timetable. There are no academies in Wales or Scotland.

MATs, also known as academy chains, operate more than one academy under an umbrella funding arrangement. There are currently 1460 MATs in England operating at least two schools.

The Church of England is the largest provider of academies; around a third (1,535) of all faith-based schools are academies within 54 MATs which hold C of E statutes with the DfE – a condition of their DfE funding agreement, which sets out the charitable purpose and governance structure of the trust. As part of the reforms, the remaining 2,927 faith-based schools would be converted and placed in MATs.

The Bishop of Durham, the Rt Revd Paul Butler, who is the senior bishop for education, told his peers: ‘Since a Labor government introduced the academies in the early 2000s, this system has evolved but brings complexity and fragmentation. . . It is right that we pay particular attention to ensuring that the academies are placed in a firm legislative context rather than relying on the largely contractual nature of the current arrangements.

A government ‘fact sheet’ on statutory faith protections for religious academies in the bill states: ‘This legislation will provide statutory protections so that these schools can maintain governance arrangements equivalent to those under were applying to them in the retained area. High schools would also retain their current status, he promises.

While welcome, the government should expect amendments to clarify some of the bill’s more ambiguous clauses, Bishop Butler said.

Controlled schools are run by the local authority, which employs staff, is responsible for admissions, approves the RE curriculum and may advise the governing body, on which church governors are a minority; aided schools are required to contribute capital funding, but allow the church greater autonomy: church governors are in the majority and can appoint and employ all staff, are responsible for admissions, and determine the RE curriculum .

The bill states that only MATs that include more than 50% assisted conversion schools will be allowed to have a majority of directors and church members. Since half of the denominational schools are audited, Dr. Croft asked for assurances on this point.

This question has already been raised by the educational, ecclesiastical and charitable team of Lee Bolton Monier-Williams LLP (LBMW), lawyers whose clients include dioceses. LBMW Education Advisor David Whittington said: “The probability of an individual trust having a majority of [aided schools] is quite far. This will mean that very few ecclesiastical academies will be able – at the level of members and MAT directors – to have ecclesiastical majority governance.

In addition to governance issues, Bishop Butler said, the Church was also concerned about the quality of teachers, teaching and opportunities for children across the curriculum (not just in reading, writing and math as stipulated in the draft). law), and in all schools. , not just denominational schools.

“With many families struggling to juggle the complex issues of poverty, [and] additional health or special education needs, we need the state to provide support, not just punitive measures to enforce attendance,” he said.

“Every child having a good teacher is at the heart of the government’s strategy, but I am concerned that the current process of reaccrediting providers of initial teacher education appears to be somewhat flawed, with many established providers failing in the first round. This risks exacerbating the teacher supply crisis.

A former Bishop of Oxford, Lord Harries, after paying tribute to teachers, said he intended to make an amendment on the teaching of “core British values”, which he suggested , should be replaced by “the values ​​of British citizenship”. As it appeared in the 2014 Prevent strategy, the phrase was “distorted in one way – tolerance of all faiths – at the expense of other core values”. He said the purpose of his amendment was “to strengthen the statement of values ​​by making it less unbalanced and more philosophically coherent.”

Responding to the debate on behalf of the Government, Baroness Barren said she would ‘follow up’ these and other concerns, including ‘clarifying issues relating to governance’.

Church of England director of education, Reverend Nigel Genders, said: “We welcome the parts of the bill relating to faith-based schools as they will ensure that contractual arrangements for Church academies of England regarding governance, RE and corporate worship will be transferred on a statutory basis. This is vitally important as we move towards an educational landscape where all schools are in multi-academy trusts. The National Society is working in partnership with the DfE to ensure that the Bill, its explanatory notes and subsequent regulations will achieve this goal.

The Church hours A special issue on education will appear on June 10, including an article on the Education White Paper and the Schools Bill.