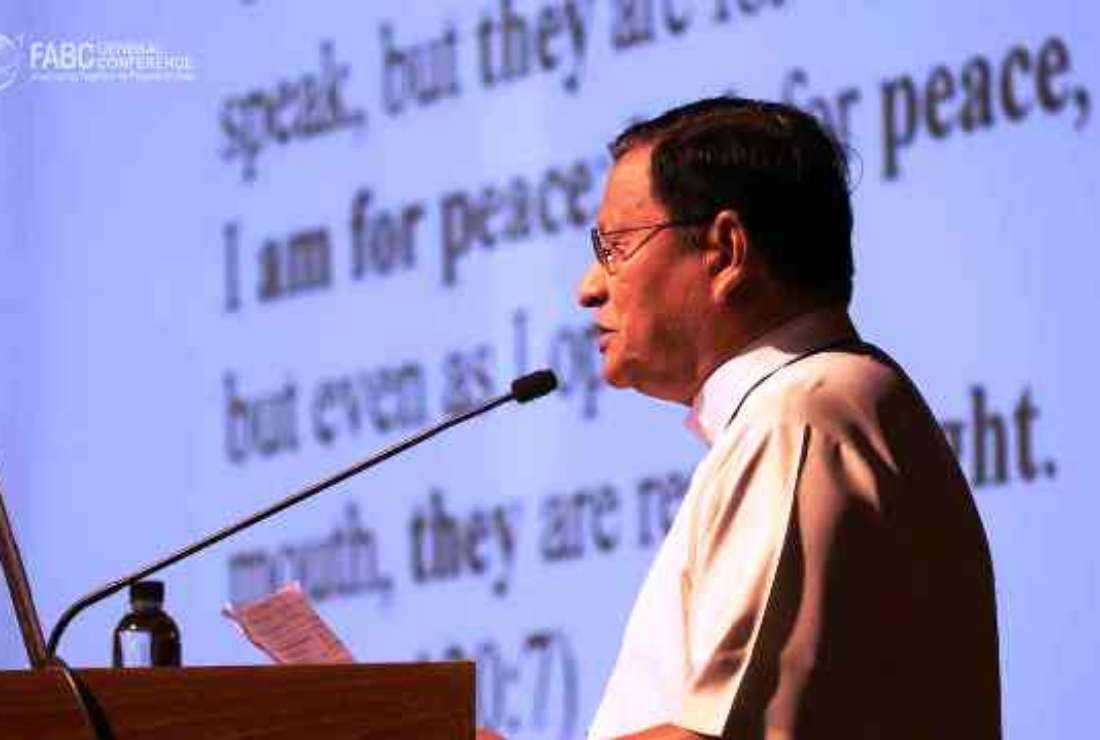 Asian bishops urged to promote dialogue for peace and reconciliation

Churches in Asia must persuade dialogue with religions to establish peace and reconciliation in the region, experts said at a meeting of the Federation of Asian Bishops’ Conferences (FABC) in Bangkok on October 20.

Some 175 bishops and delegates from 29 Asian countries discussed the geopolitical and social changes affecting the continent and the need for dialogue, peace and reconciliation at their general conference as part of the Golden Jubilee celebrations of the FABC.

“Each jubilee calls for a metanoia. Let us challenge ourselves to make peace the new evangelism,” said FABC President Cardinal Charles Maung Bowho leads the Church in Myanmar.

Violent repression of popular demands for democracy and freedom continues in Myanmar after the military junta toppled a democratically elected government in 2021.

The Church must “be responsive and become an agent of peace,” Cardinal Bo said without referring to any specific country.

He presented Asia as a country of great opportunity, optimism and survival and said the Church should “engage in dialogue, advocate for equality” and “rise to power empty-handed” to ” fight for peace”.

The meeting also heard from experts emphasizing interfaith dialogue, which the FABC has been persuading since its inception in 1970.

Edmund Chia, former FABC leader and professor of theology at the Australian Catholic University of Melbourne, highlighted key moments in the Asian Church’s journey of dialogue with religions.

Chia praised the Church in Asia as an “example of the Church of dialogue” and said it was also a “learning Church”.

Lawrence Chong, consultant to the Vatican Dicastery for Interreligious Dialogue, spoke of “inter-intra religious dialogue” for young people as a way to build bridges.

Church leadership must trust young people, develop capacities for young people and create opportunities for involvement and dialogue with them.

Edmund Terence Gomez, professor of political economy at the University of Malaya’s Faculty of Economics and Administration, analyzed the “political and economic trends driving Asia today”.

Authoritarian governments, the people power movement and the effects of corruption on democracy and heavy industrialization are part of Asian social realities, he said.

He told the bishops that the key to understanding the geopolitical constructions in their countries is to seek answers to two questions: who is the state and where is the power?

“Realities are more important than ideas,” Fr. Lobo said and added the reality of agape – God’s love of humans and humans’ love for God – as a fundamental tenet of the papal exhortation , on which any initiative can be built.

He also stressed the need for the Church to have a dialogue with other cultures and religions and added that it must be characterized by openness to truth and love.