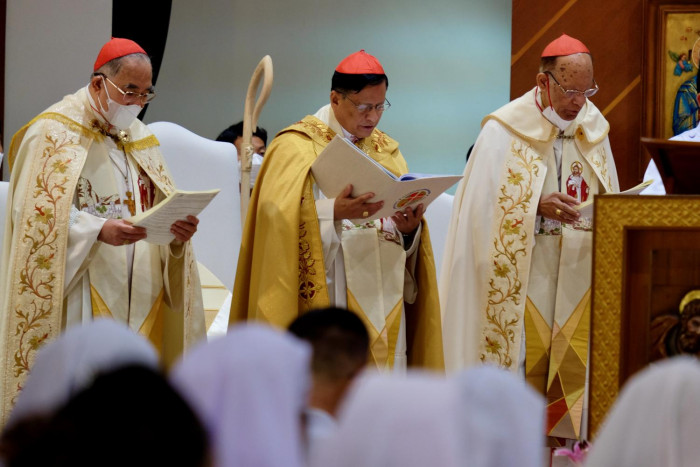 The Federation of Asian Bishops’ Conferences (FABC) will celebrate its 50th anniversary at its general conference which begins today in Thailand with the participation of 270 Catholic Prelates and guests from different countries.

The meeting runs until October 30 at the Baan Phu Waan Pastoral Training Center in Baan Phuwan in the Sam Phran district of Nakhon Pathom, which is adjacent to Bangkok. Seventeen cardinals and 200 bishops from 29 member countries of the region will be present.

The general objective of the meeting is to reaffirm, renew and revitalize the Catholic Church in Asia under the theme: Journeying together as peoples of Asia, which is inspired by the Scripture “then they departed by another path “.

Cardinal Charles Muang Bo, president of the FABC, will chair the conference while Thai Minister of Culture Itthiphol Kunplome, the Archbishop of Bangkok, Cardinal Francis Xavier Kriengsak Kovitvanich and Bishop Joseph Chusak Sirisuth, president of the Episcopal Conference Catholic Church in Thailand, will deliver welcome speeches. The conference will discuss religion in Asia’s social climate with the aim of creating a new vision for the Catholic Church in Asia to build a more peaceful society in every country.

In 1970, 180 Asian Catholic bishops met in Manila for a week, with Pope Paul VI present for the latter part of the meeting. The FABC was initiated at this meeting with their desire to strengthen collegiality between them and the need to define and articulate what it means to be “the Church in Asia” in the spirit of Vatican II.

Irish bishops express sympathy for those bereaved after Creeslough blast