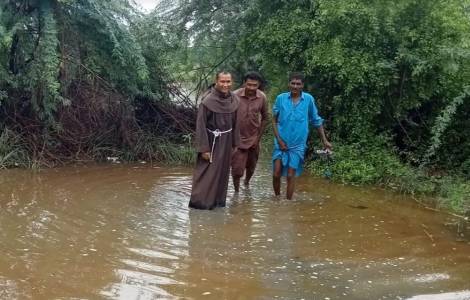 Karachi (Agenzia Fides) – “Given the scale of the flood disaster, the people affected by the floods urgently need our help. in Pakistan, ask people of good will to appeal for donations. Humanitarian aid is urgently needed for the affected families, including tents, shelter kits, food, hygiene and sanitary items, non-perishable food and clothing,” said the Bishop’s appeal. . Benny Travas, Archbishop of Karachi, capital of Sindh province (southern Pakistan), after the country declared a state of emergency following heavy monsoon rains that caused catastrophic flooding in Sindh provinces , Balochistan and South Punjab. Pakistan recorded a total of 375.4mm of rain, nearly triple the national average over the past 30 years.
Bishop Travas, who also leads Caritas Pakistan, also says, “Caritas Pakistan receives many requests from parishes, congregations, civil defense committees and district governments. Caritas office staff in the Diocese of Karachi have already started reviewing applications and providing assistance; I urgently appeal for support and invite people of good will to donate money or material aid.”
In the southern province of Sindh, in the Catholic diocese of Hyderabad, 90% of the area has been inundated by the floods. Bishop Samson Shukardin of Hyderabad, invites politicians, church leaders, lay people, non-governmental organizations, friends and benefactors to come forward to help the thousands affected in his diocese. The bishop, who personally visited some of the disaster areas of his diocese, told Agenzia Fides: “I receive many calls asking for help from priests and from the different parishes of the diocese. I saw churches, parish houses and school buildings flooded and damaged. People are homeless and hungry, and many families mourn the loss of loved ones.
Bishop Shukardin expressed regret over the disastrous floods, adding, “It is indeed a sad moment for the people of Pakistan as the country has been in a very difficult situation since July 2022 due to heavy rains and floods. in the form of non-perishable food and drinking water. In addition, clothes, bedding, mosquito nets, tents, toiletries and hygiene kits would be of great help for the displaced and destitute people”.
“Many houses are flooded,” reports the bishop. “The poor peasants have lost their crops and this loss leads them to get into debt with their landowners, which aggravates the phenomenon of debt slavery”.
The Pakistani government, meanwhile, imposed a state of emergency on the country after the death toll exceeded 1,000 and around 1,400 people were injured. According to National Disaster Management Authority (NDMA) reports on August 26, about 33 million people in Pakistan have been affected, with more than 218,000 homes destroyed and 452,000 damaged. The NDMA reported that 116 of 160 counties were affected and 66 counties were officially declared in a state of disaster.
The livelihoods of many people are badly affected as 793,000 animals have died. About 2 million hectares of fields and orchards were destroyed. More than 3,000 km of damaged roads and 145 bridges prevented people from reaching safe areas or hampered access to markets, hospitals and services.
At least 17,566 schools have been damaged or destroyed, according to Pakistan’s Ministry of Education. The operation of the rail network has also been partially suspended nationwide as the tracks are flooded. The railway company reports damage of 10 billion Pakistani rupees. (GA/AP) (Agenzia Fides, 08/29/2022) 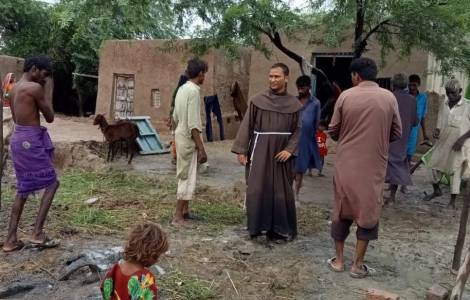 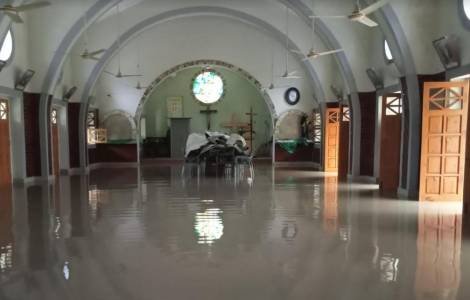