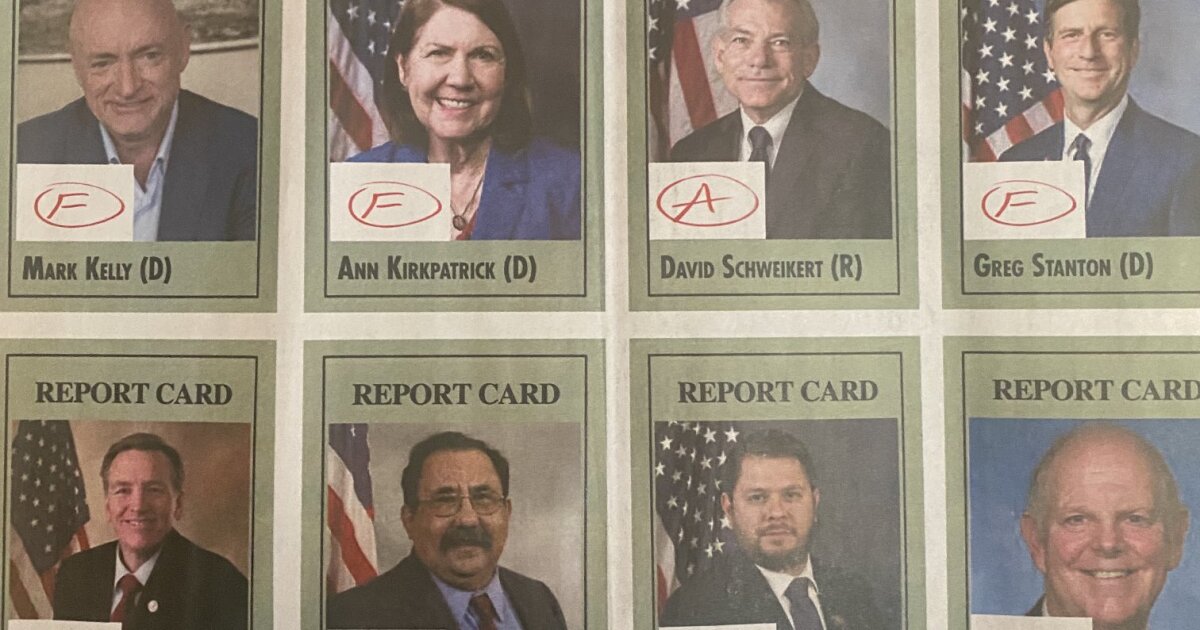 Arizona’s Catholic bishops say recent newspapers that have been mailed out that give ratings to Catholic elected officials in the state are not affiliated with their dioceses or the Catholic Church.

A photo circulating on Twitter shows a publication called the Arizona Catholic Tribune giving A grades to Republicans, including U.S. Representative Paul Gosar, while Democrats, including U.S. Senator Mark Kelly and Congressmen Raul Grijalva and Ruben Gallego, got F grades.

The ratings are said to be based on voters’ legislation voting records on “key issues of concern to Catholics”, including life, marriage, family and religious liberty.

The dioceses of Phoenix and Tucson, which serve Yuma and La Paz counties, have their own newspapers, The Catholic Sun and New Outlook, respectively.

In a published statement, the Arizona Conference of Catholic Bishops mentions “organizations and publications calling themselves ‘Catholic,’ but (they) do not represent the Catholic Church.”

The Arizona Catholic Tribune website said it was created in 2020. Online speculation said it was from a conservative organization.

Gallego was the only Democratic official who appeared to respond to the post, sharing the photo on Twitter with his “didn’t realize I got canceled” response.

Bishops debate next steps on sexuality