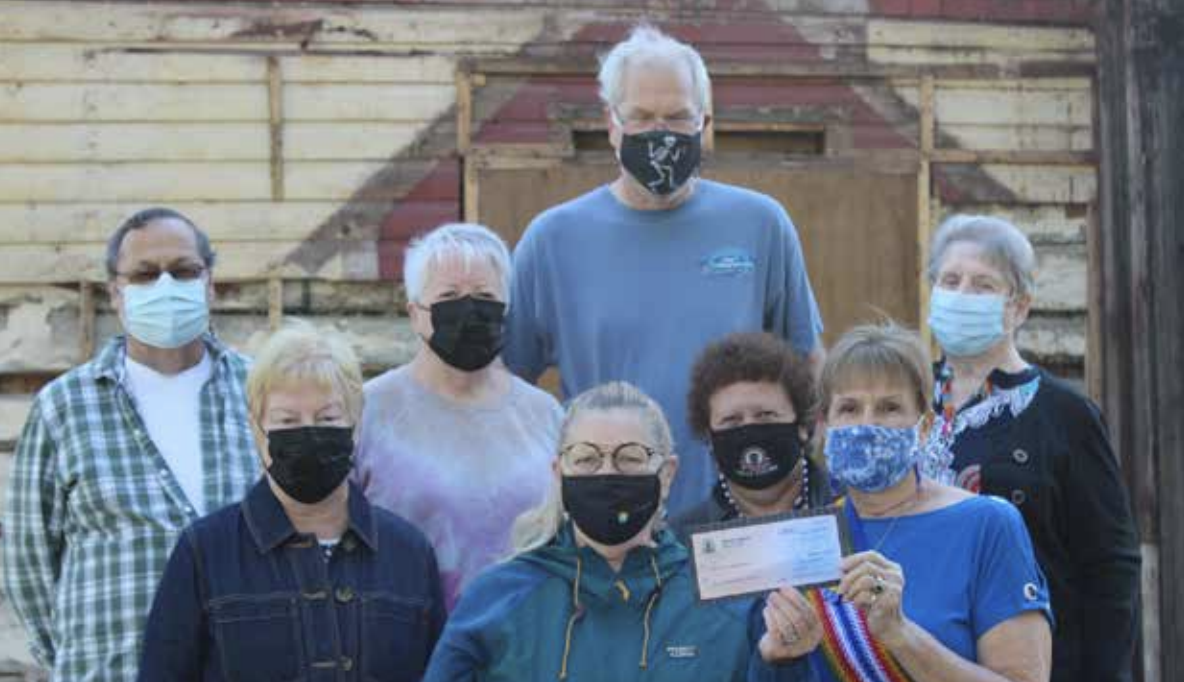 A historic church gets a new lease of life

A church steeped in Métis history is getting a facelift and will once again be used for important community life occasions.

The Manitoba Metis Federation (MMF) recently donated $15,000 towards the restoration of the building, writes the MMF in its newsletter, The Metis.

Southeast Region Vice-President Denise Thomas presented the check to the Friends of Old St. Jude’s, the building’s stewards and curators, located in the Métis community of Grand Marais, north of Winnipeg. The money will be used to rebuild the historic site’s vestibule and bell tower.

“I am very grateful that the President has agreed to donate $15,000 to help us with this project,” said Minister Thomas.

Her sister-in-law, Phoebe Thomas, one of Friends of Old St. Jude’s principals, agrees. “They were generous enough to give us this gift. So we were really, really happy with that.

The new vestibule will be historically correct and will represent the oldest hearth and bell tower as accurately as possible.

The original structure was built in 1896 by Métis families on two acres of land donated for a cemetery by two Grand Marais Métis, George Rupert and Alex Knott.

The restoration of the church is personal to Minister Thomas – her late husband’s family founded the church and they are all buried in his cemetery.

“That’s where my late husband is buried, in that cemetery, so that’s where I’m going to be buried,” she said.

Minister Thomas was eager to present the check on the final open house to celebrate the church’s 125th anniversary.

“It was very exciting because my family established this Old St. Jude’s. They were so much a part of it,” she said.

The same goes for Phoebe.

“My great-grandfather was the Reverend Edward Thomas. He built the altar and the shelf and the bishop’s chair in this building. The first person who was buried there…was Marie Knott, she was Alex Knott’s mother, so it’s a lot of Métis history there,” Phoebe said. “I have five generations buried there.”

The new vestibule will be historically correct and will represent the oldest hearth and bell tower as accurately as possible.
The church interrupted its services in 1964 due to the deterioration of the building, and the vestibule in particular. It was saved from demolition in 2005 and is now owned by the RM of St. Clements.

“There was a group of people who wanted to tear this building down, and the friends of Old St. Jude Incorporation that I’m a part of, they decided they didn’t want the building to be torn down, so they formed a group, and they stopped demolishing that building,” said Phoebe, who joined the group in 2006.

The Friends of Old St. Jude’s re-roofed and then began work on the vestibule in 2012.

“We raised funds and made the community aware that we wanted to restore the vestibule,” Phoebe said.

“We have an engineer, an architect and a project manager, guiding us on how to demolish this vestibule and the chimney, and how to get the plans for the next construction, and what is good for the heritage site.

Once construction is complete, the group plans to use the 30-person church, which was designated a historic site in 2018, for community events such as weddings and funerals.

There is content displayed here that your browser does not support.
Please click here to attempt to display the information in a separate browser window. Thank you for your patience!