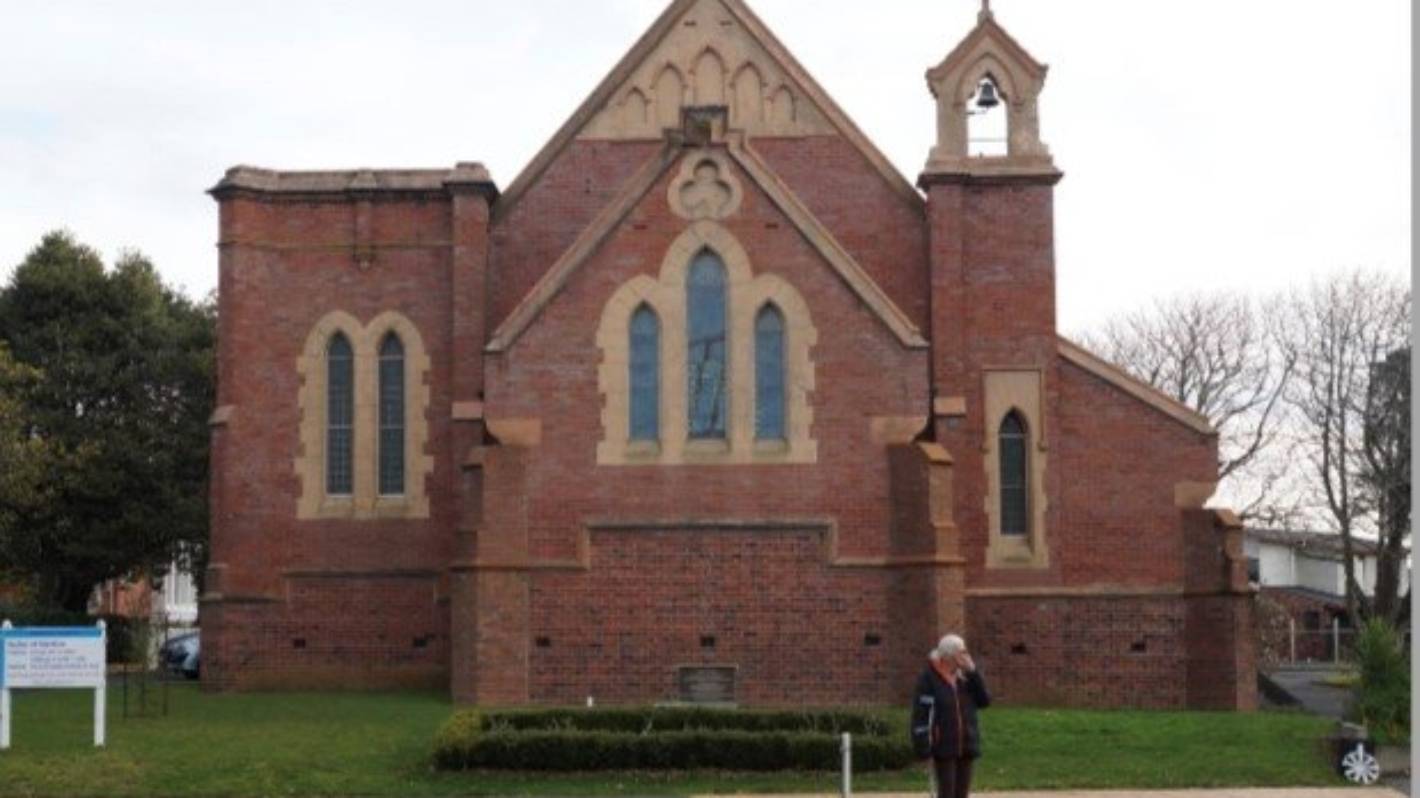 The church building, pictured in 2021, is a popular venue for weddings and events.

A fight is underway to save an 89-year-old historic building and make it strong enough to withstand any future earthquakes.

St Andrews Anglican Church in Pukekohe, south Auckland, has been deemed an earthquake hazard due to concerns over its structural stability.

The red-brick Art Deco building is a favorite venue for weddings, concerts, and community events.

Over time, major cracks began to appear on the old walls of the historic A-listed building due to road construction and tree roots.

According to a 2020 seismic assessment, when the church was built in the 1930s, the structural design was not detailed to withstand any lateral loading, other than wind.

At the time, there were no earthquake provisions in existing design codes.

The assessment revealed that the seismic capacity of the church was likely 20% below, well below the required New Building Standard (NBS) of 33%.

It is not an offense if the buildings do not reach this level, but a local council can issue a notice to reinforce or demolish the building.

Long-time parishioner Graham Russell said it was the first time the church would undergo a major restoration.

It will cost between $2.5 and $3 million to restore the church to its former glory and strengthen it for any future earthquakes.

Russell said they needed the community to help them raise money for the restoration.

“We have a lot of concerts, different choirs, the acoustics of the building are excellent and it will never cost less than today to restore it.

“Earthquakes can happen anywhere, there is no guarantee that we will be free from earthquakes in the future.”

After 113, the peach-colored church perched on a hill in Mount Victoria closed due to earthquakes (Video first published in 2021)

Steps to conserve and repair the fabric of the church are already underway, with geological inspections, feasibility studies and a seismic report undertaken.

Project manager Richard Gibbons said as soon as they were able to raise enough funds construction would begin.

He hopes this will start as soon as next year.

Gibbons said the church’s roof, gutters, steelwork and paint have been maintained, so they have a good base to reinforce when construction begins.

The basic approach was to reinforce along the foundations, made from inside and under the church with concrete and steel, he said.

Then the seismic reinforcement would put a steel frame made of beams inside the church, hidden as much as possible inside the building to minimize any visual impact.

“And then it’s about tying the roof together with additional pieces of steel. There will be very little, if any, difference outside the church.

Russell said the restoration was important because it was also a memorial to those who fought and died in World War I.

“It’s a pretty valuable building and if we don’t do something we will lose it.”

Two Key Tasks Await the Next President of the U.S. Bishops

Pelosi Opens Up About Heartbreak After Her Husband’s Attack; bishops offer prayers