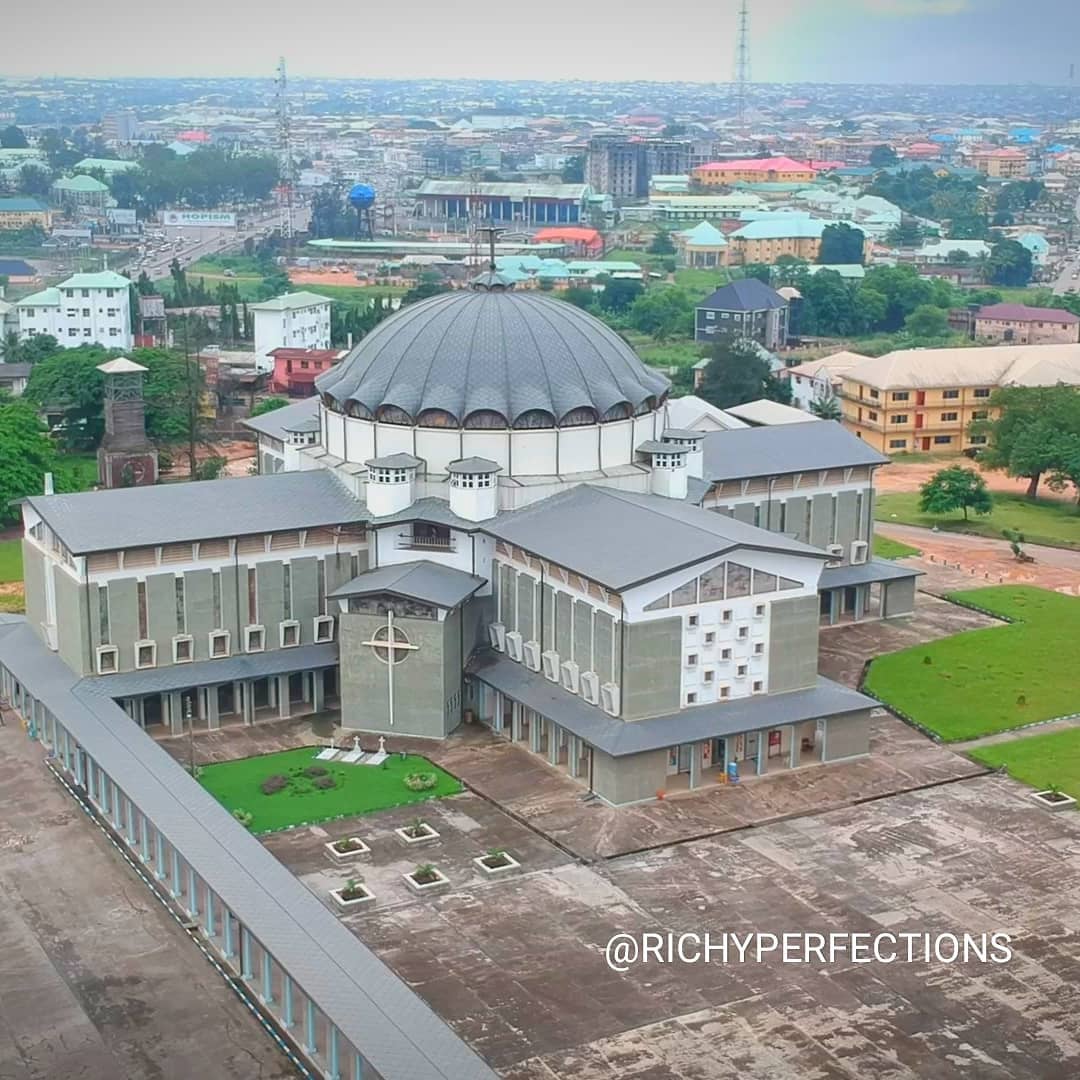 The construction of the cathedral began in 1954 and was inaugurated in 1980.

The project to build a modern cathedral in Owerri was spearheaded by the diocese and its Irish bishop, Joseph Brendan Whelan.

Funds came from church members and from abroad, especially from Rome.

Today, the Maria Assumpta Cathedral is one of the landmarks of the town of Owerri.

The history of the construction of the Cathedral of Maria Assumpta is typical of that which is so often encountered in religious enterprises. Construction started as early as 1954 since then it has progressed intermittently mainly due to lack of funds.

Dublin architects were responsible for the general design of the cathedral and the steelwork was designed and supplied by Ireland. On-site work is carried out by local labour. By March 1966, the main part of the building was complete except for the decking and roof covering. 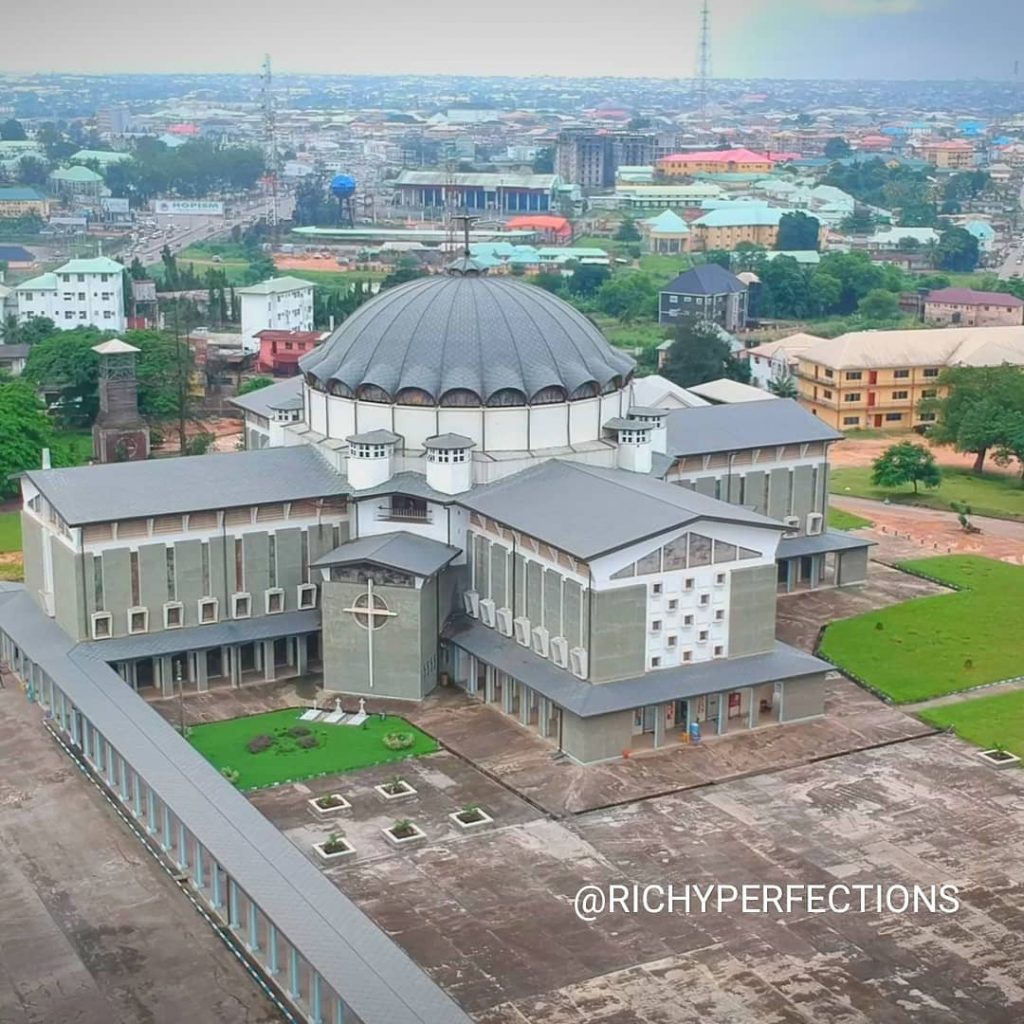 The cathedral, which has a capacity of 3,000, is situated in a commanding position at the junction of three roads about a mile from the center of Owerri in the Port Harcourt region of Nigeria, and is planned as a a Greek cross measuring 230 feet by 221 feet with a dome 88 feet in diameter at the crossing. Inside the building, the arms of the cross span 48 feet 6 inches.

The dome, 93 feet 6 inches high, terminates in an octagonal lantern whose ceiling is 101 feet above ground level.

Radiating symmetrically from the center are four smaller buildings forming a sub-cross transforming the main Greek cross into an eight-pointed star: two of the buildings house the main 28-foot by 22-foot side chapels and the other two the public gallery and the choir. Gallery. Above each of these buildings are twin octagonal bell towers which form a prominent feature of the exterior massing, visually explaining the dome’s support and buttress system.

The four main roofs and that of the dome are also to be covered with copper-clad felt on wooden decking secured to steel trusses by wooden purlins. Ceilings will generally be finished with hardboard sheets and exposed portions of steel trusses finished with plaster. 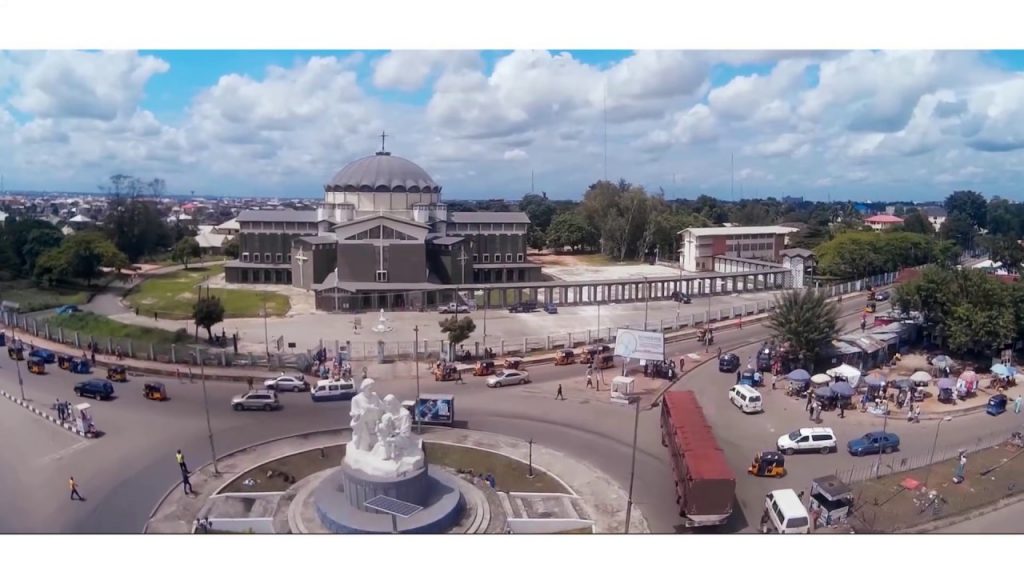 From left to right: The braced rings of the opening to carry the lantern and the cross; trial erection of 341/4 tons of structural steel for the dome; The dome was erected by gradually cantilevering the ribs inwards, as shown in this view taken during the trial erection

The dome, carried on an 11 foot high steel framed drum, is constructed with 24 truss ribs giving a purlin length of approximately 17 feet by lightweight truss girders. Domes tend to rotate, so to control this movement bracing is provided between two adjacent ribs in four sectors spaced 90 degrees apart. The 24 vertical legs of the drum part are braced together in all spans and bolted to a ring of steel beams. 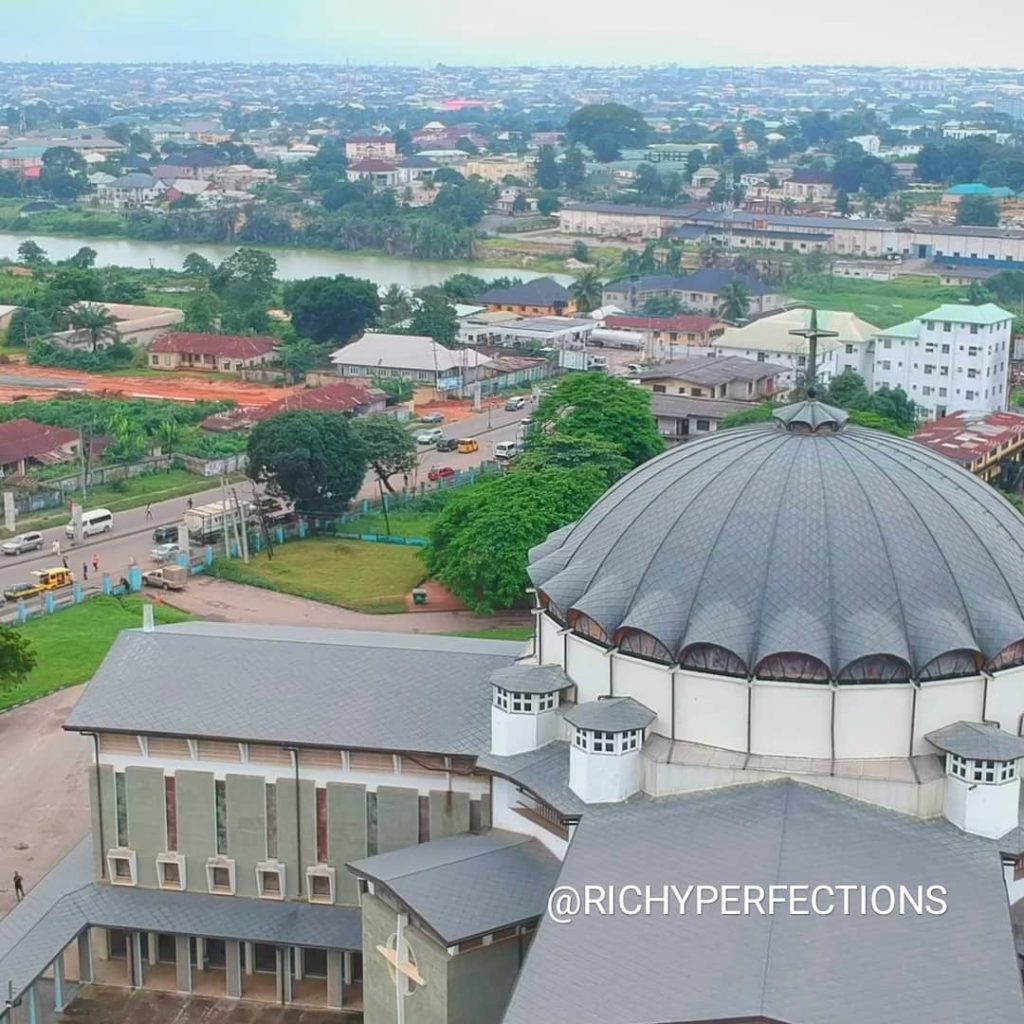 At the top, the ribs of the dome connect to a ring 10 feet in diameter which is to carry the lantern surmounted by a cross. Outside of this ring is another 16 foot diameter ring, and both are braced to control deformation of the 10 foot diameter opening. A similar circular bracing system is provided at the tops of the spectacles.