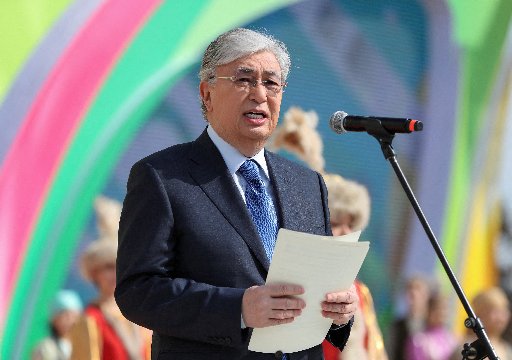 NUR-SULTAN, Kazakhstan — The President of Kazakhstan conveyed his best wishes to the participants of the first meeting of the new Conference of Catholic Bishops of Central Asia in the capital Nur-Sultan.

Ashimbayev said the president was aware that the bishops’ meeting was being held during the year of celebration of the 30th anniversary of the establishment of diplomatic relations between Kazakhstan and the Holy See, ucanews.com reported.

He quoted Saint John Paul II, who, during his visit to Kazakhstan in 2001, focused on the common goal of being “builders of peace, because a society firmly based on peace is a society of ‘coming”.

The message also called Pope Francis’ planned visit to Kazakhstan in September a “historic and unique” event that confirms the country’s status as a reliable platform for interreligious and intercivilizational dialogue.

The Pope plans to attend the Seventh World Congress of Leaders of World and Traditional Religions scheduled for September 14-15 in Nur-Sultan.

The Vatican established the CBCCA in September to help bishops across Central Asia address common challenges and provide mutual support as they address them.

The first CBCCA meeting included discussions on the pastoral priorities of the local churches as well as preparations for the Pope’s visit. Catholic bishops and church leaders from 10 countries, including Afghanistan, Kazakhstan, Kyrgyzstan, Mongolia, Tajikistan, Turkmenistan and Uzbekistan, attended the meeting.

Kazakhstan is the largest of the countries, with most of its estimated 15 million citizens being Muslim. Christians, who are largely members of the Orthodox Church, are the largest religious minority. It is estimated that Catholics number around 250,000, most of them of Polish, German and Lithuanian descent who moved to Kazakhstan after their expulsion from the Soviet Union.

Over the years, the Vatican and Kazakhstan have built a partnership based on common values ​​and aspirations, such as protecting human dignity and promoting religious pluralism and global solidarity, Ashimbayev told the bishops.

He noted that Catholics and other believers have made significant contributions to the country and helped promote its image globally as a modern nation that supports tolerance and mutual understanding between different religions and ethnic groups.

“Kazakhstan and the Vatican have considerable potential for future cooperation,” he said. “I am confident that bilateral relations will be further strengthened through various educational, cultural, social and humanitarian initiatives and projects.”

Bishops to Catholics: Pray the Rosary Until Election Day