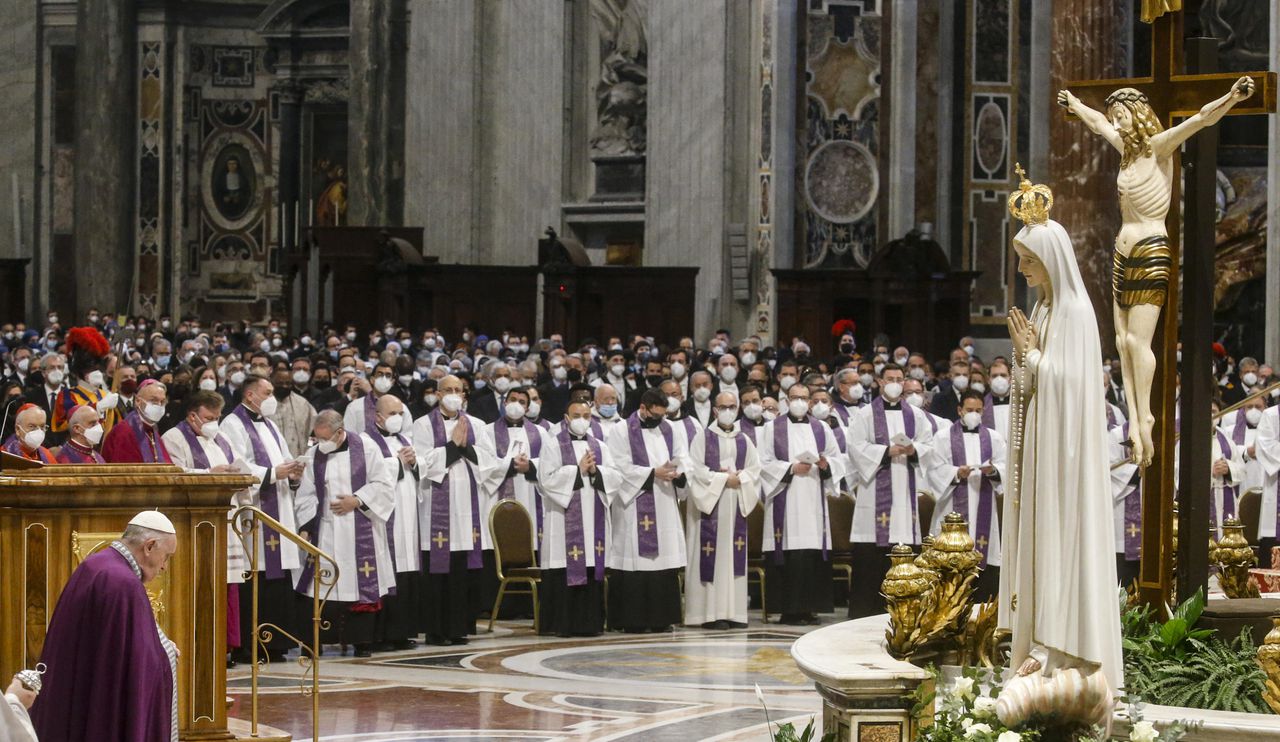 Catholic bishops around the world, including in Alabama, joined Pope Francis in offering a special prayer service on Friday asking for help from Mary, mother of Jesus, in ending the war between Ukraine and Russia. .

“The peoples of Ukraine and Russia, who venerate you with great love, turn to you now, even as your heart beats with compassion for them and for all those peoples decimated by war, hunger, injustice and poverty,” Pope Francis said during the service in Rome, according to Vatican News. “Mother of God and our Mother, to your Immaculate Heart we entrust and solemnly consecrate ourselves, together with the Church and all humanity, especially Russia and Ukraine.”

Pope Francis led the “Act of Consecration of Russia and Ukraine to the Immaculate Heart of Mary” during a service at St. Peter’s Basilica at the end of a Lenten penitential service. March 25 is the feast of the Annunciation, which commemorates the visit of the angel Gabriel to Mary.

“If we want the world to change, then first our hearts must change,” Pope Francis said.

“It is not a magic formula but a spiritual act,” the pope said. “It is an act of full trust on the part of the children who, in the midst of the tribulations of this cruel and senseless war which threatens our world, turn to their Mother, depositing all their fears and pains in her heart and surrendering to her.”

Catholic bishops have held simultaneous prayer services around the world.

At St. Paul’s Cathedral in Birmingham, Bishop Steven Raica led the service for the Diocese of Alabama.

“This is an act of people’s deepest trust and devotion to Mary as mother in faith, Mother of the Church,” said Moscow Archdiocese Vicar General Kirill Gorbunov, to Vatican News. “I believe this law shows the deepest hope that people have. It is not a magic act that will miraculously transform the situation, but we believe it can change people’s hearts to seek a peaceful solution to this tragedy.

The prayer referred to children who saw visions of the Virgin Mary in Fatima, Portugal, beginning in May 1917, about six months before the Bolshevik Revolution in Russia, in which children claimed the Virgin Mary had asked for prayer for Russia.

“Or of course, this act of consecration is very closely related to the private revelation of Fatima from Our Lady, and the Russian Orthodox Church is officially quite suspicious of this revelation of Fatima, especially regarding the conversion of Russia”, said Gorbunov. “But we believe that many believers will understand that this law on the part of the Catholic Church does not mean that we doubt the authenticity of the faith of other Christians and other believers in our homeland. On the contrary, we are actually inviting other people to be with us at this time. And I hope they will understand.

See also: Supporters of Ukraine gather for a prayer vigil