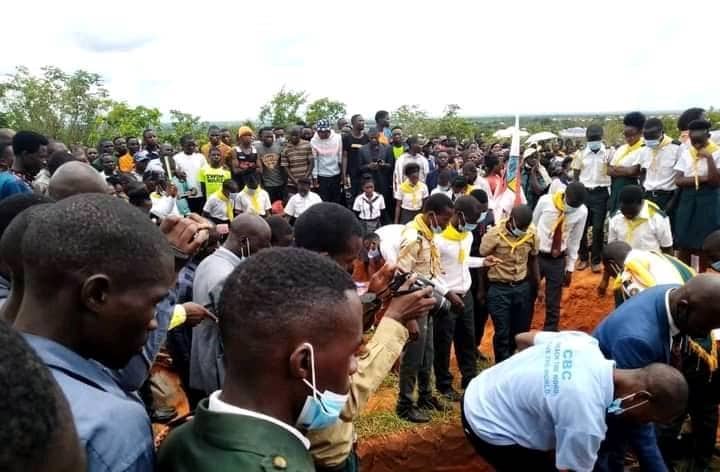 A church Bible study reportedly came to an abrupt end last weekend in Zambia after the worship center building collapsed on congregants.

Naija News learned that as many as five people died in the collapse of the Seventh-day Adventist Church -SDA- in Bethsaida.

The church located in the village of Luyeye in Kasama is said to have collapsed following heavy rains.

According to reports, congregants were focused on teaching on Saturday afternoon, January 8, 2022, when the incident occurred.

An unconfirmed number of worshipers reportedly suffered serious injuries and were admitted to Kasama General Hospital.

The remains of those who died in the incident were interred at Chiba Cemetery on Tuesday, January 11 Naija News understand.

For his part, the district commissioner reportedly told reporters that 47 houses in the same area had been destroyed by the rains.

In addition, Northern Province Minister Leonard Mbao, who visited the scene, said it was disheartening to lose lives in such a way, especially since it was only a week when the rains started in the region.

He challenged relevant authorities to ensure they inspect and certify all buildings to be fit for habitation and to prevent further loss of life.

According to Mbao, his office will soon engage churches and other stakeholders for a meeting to discuss the issues.

Hosea Mbao, chief firefighter of the Kasama Fire Department, attributed the collapse of the church to the use of poor quality building materials.

He added that after an assessment of the building, it was clear that the building material used was not efficient.