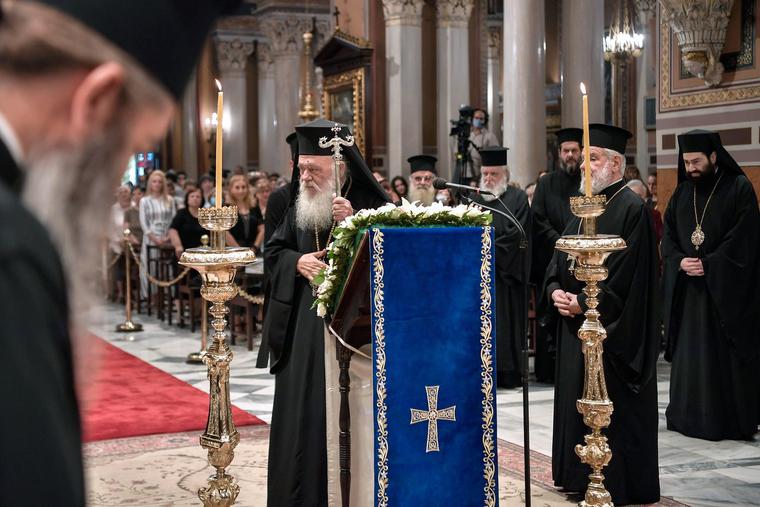 Theologian Father Paul Haffner suggested that Orthodox clergy, in unity with the Catholic Church on March 25, pray the “Akathist to Our Most Holy Lady Theotokos,” a devotional hymn that sings the praises of the Holy Mother of God.

VATICAN CITY — As Pope Francis prepares to consecrate Russia and Ukraine to the Immaculate Heart of Mary on Friday, a Rome-based theologian has proposed that the invitation be extended to all Orthodox patriarchs and bishops.

Father Paul Haffner, a Mariologist and specialist in Eastern Orthodoxy, suggested the participation of the Orthodox on the grounds that they “are already in a close bond of communion with Rome but, as we know, they lack unity among themselves. in this situation, so it might also help heal their flaws.

He noted a March 3 item by Andrea Gagliarducci of the CNA, who observed an “apparent shift of the Orthodox world towards kyiv and away from Moscow” following Russia’s invasion of Ukraine, and that “previous tensions are negated by common belonging to a people and by the idea of ​​sharing a common destiny.

In his comments to the Register, Father Haffner pointed out that the Orthodox Churches are also “sisters of the local Catholic Churches” and therefore there is “a high degree of communion”.

To emphasize his point, he quoted a “Note on the term “sister churches”issued by the Congregation for the Doctrine of the Faith in 2000 and the decree of the Second Vatican Council on ecumenism, Unitatis Redintegratio (“Restoration of Unity”). The document refers to the “Eastern Orthodox Churches, which, although separated from the See of Peter, remain united to the Catholic Church by very close bonds, such as apostolic succession and a valid Eucharist, and therefore deserve the title of Des churches.”

Although they have great devotion to the Blessed Virgin, Father Haffner acknowledged that the Orthodox “might not be very sure of consecration to the Immaculate Heart of Mary” because they have no such devotion, just as they are without a specific devotion to the Sacred Heart of Jesus. But he said “they could still pray all the same using the Akathist to Our Most Holy Lady Theotokos — a devotional hymn who sings the praises of the Holy Mother of God.

Saint Romanos the Melodist composed the poem, one of the most beloved services of the Orthodox Church, in the imperial city of Constantinople – “the city of the Virgin” – in 556. The words of the hymn recall all events of Our Incarnation of the Lord and conclude with a prayer to the Virgin Mary to accept the act of praise as an offering and to intercede for the salvation of souls.

Pope Francis will consecrate Russia and Ukraine to the Immaculate Heart of Mary on March 25, Solemnity of the Annunciation, during a penitential service at 5 p.m. in St. Peter’s Basilica.