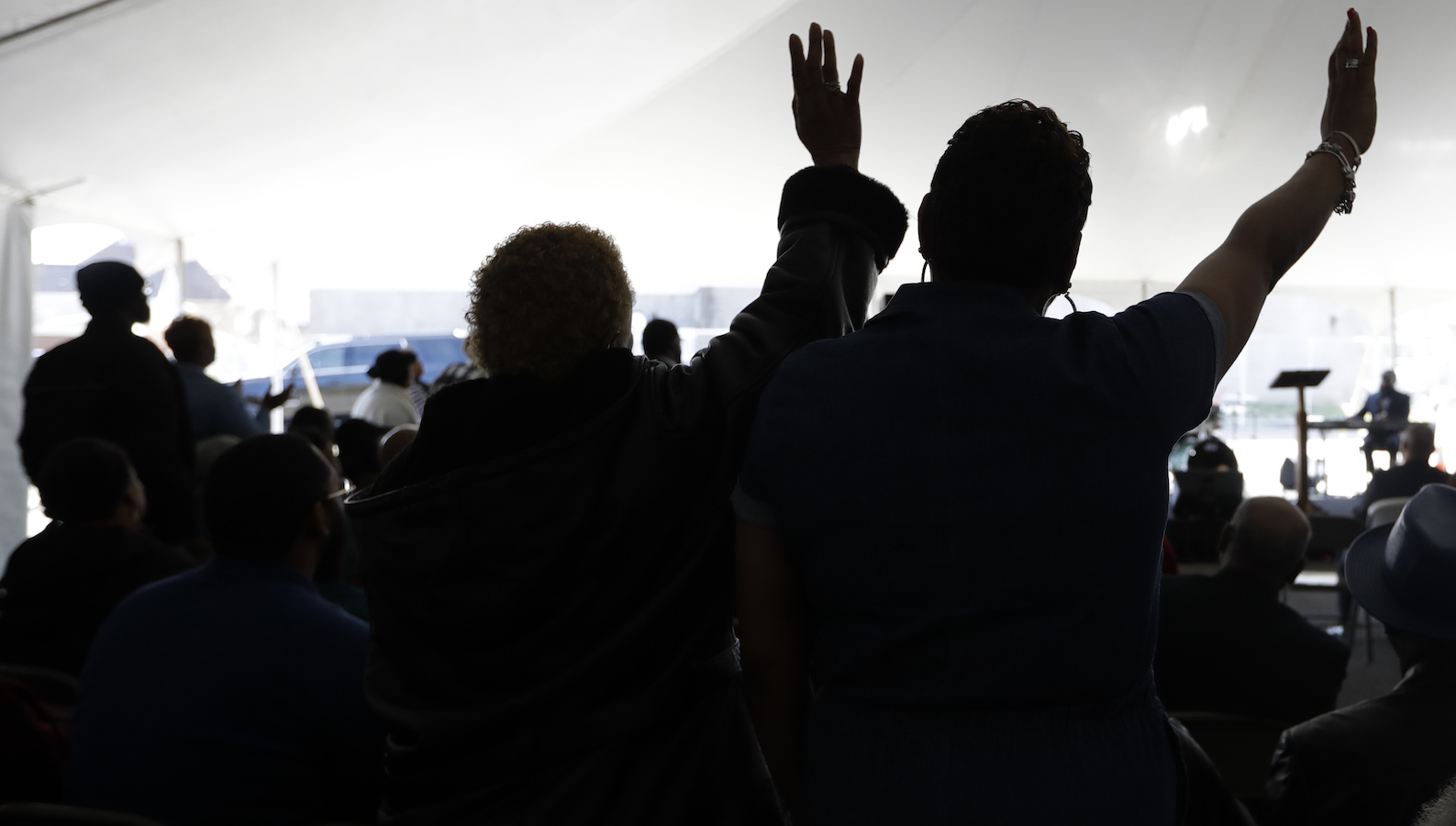 NASHVILLE, Tenn. (AP) — Bobbie Harris, 79, lost her rental home, her job and her church when a deadly tornado hit her community in North Nashville. But all she could think about was his blessings.

“Through it all, God is good,” Harris said.

Harris joined other members of Mount Bethel Missionary Baptist Church on Sunday (March 8) to worship just outside the ruins of the church, which has been in the community for 135 years. The roofs of their two churches disappeared, torn off by strong winds early Tuesday.

The church pitched a tent in the parking lot and congregants gathered to sing, pray and hold hands in what the church called “Worship in the Rubble”. Even contractors working to replace downed power lines stopped and took off their hard hats as Pastor Jacques Boyd led the congregation in prayer on a sunny, windy morning.

Harris lived a few blocks from the church, where she also worked as a cook. When the tornado hit his home, the powerful winds grabbed his air conditioner and tossed him into a fence across the street. Her granddaughter’s car was destroyed.

“God is good. He was the conductor of that train and he bypassed me,” Harris said. “He saved me.”

Boyd told his congregation that the storm was a challenge from God and brought everyone together in recovery efforts. Behind him, bits of insulation flew in the breeze, and the wooden beams that once supported the chapel roof were exposed. Many nearby homes were still without power on Sunday, and blue tarps covered nearby roofs. But under the white tent, there were smiles on people’s faces as they greeted each other, danced to the music and sang hymns.

“Nashville is now ready to show the world what we are made of,” said Boyd, in a blue suit, as people responded “Amen.”

The church, with a congregation of about 300, provided child care before and after school, had a gymnasium where neighborhood children could go, organized summer camps for children, and offered swimming lessons. introduction to computers for its older followers.

“We must trust in the savior who does not deliver us from storms, but through storms,” he told the cheering congregation.

But Boyd said the church was more than the red brick building behind him. “Now that the brick and mortar is gone, do you still love this community?” he asked as his choir raised their hands and voices in response.

Boyd said the church will continue to hold its services inside the tent. In the meantime, the church hopes that other institutions will help it continue to provide community services.

Tennessee Governor Bill Lee and his wife, Maria, sat in the front row of folding chairs, shook hands with church members and bowed their heads in prayer.

“There was a lot of hope here,” Lee said. “God uses people like that in that environment to bring hope to that community, and it was great to see.”

Boyd said as soon as he saw the demolished buildings, he prayed for guidance.

“I asked God, ‘What do I say at times like this?’ said Boyd. “And God spoke clearly, as I speak to you now. We must help when we are suffering.

Congregation bids farewell to the construction of the church | Winchester Star