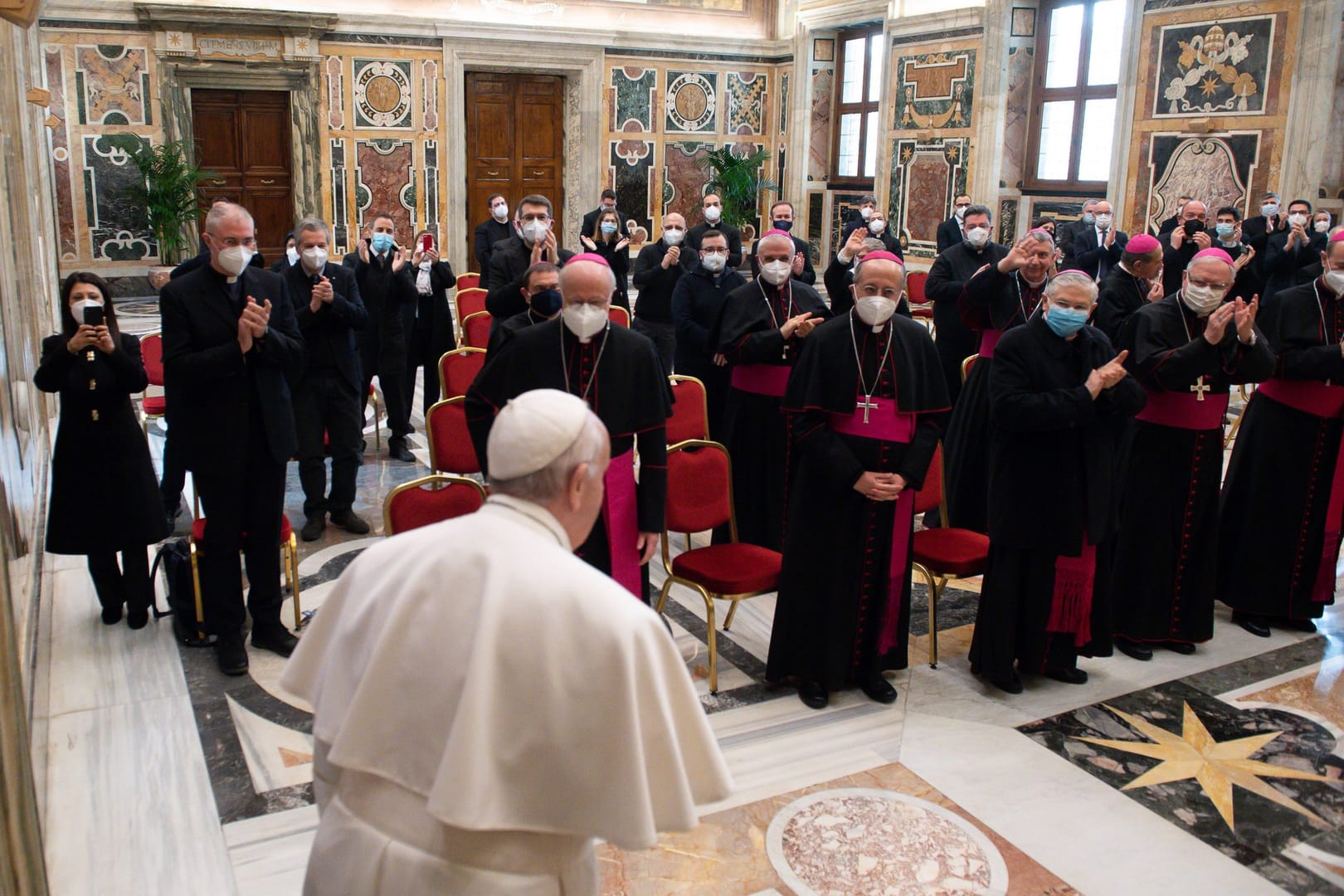 ROME — Following the recent example of other European church leaders, the bishops of Italy are considering launching an independent official inquiry into clerical sexual abuse in the country, but victims have expressed doubts about the that the Italian ecclesial hierarchy is ready to take such an important step.

The idea for the survey was launched during the autumn plenary assembly of Italian bishops in November 2021 by Bishop Lorenzo Ghizzoni of Ravenna-Cervia, who also heads the National Service for the Protection of Minors and Vulnerable Adults in the ‘Church.

However, the proposal met with some resistance from other prelates who questioned whether the Church in Italy was ready for the fallout that a major independent inquiry would inevitably cause, and further discussion of the issue was deferred to the IEC Spring Plenary in May.

Talk to Node, a spokesman for the Italian Bishops’ Conference (CEI) said the investigation is “a reflection that has been going on for a while” and is still “ongoing.”

“We want to arrive at real data, from the quality of the work that has already been done,” the spokesperson said, noting that the vast majority of Italian dioceses already have resources for victims of abuse, including listening centers and commissions.

“It is necessary to take into account the cultural, territorial and ecclesial particularities of Italy, which has 227 dioceses and more than 25,000 parishes,” the spokesman said.

If Italian Church leaders were to call for an independent inquiry into clerical sex abuse, it would be the latest in a series of similar inquiries in major dioceses and archdioceses across Europe, including recent reports published in Germany and France.

The issue of clerical abuse was again briefly addressed at a Jan. 24-26 meeting of the CEI’s Permanent Episcopal Council.

Speaking at a press conference after the meeting, Archbishop Stefano Russo, General Secretary of the CEI, said that if an investigation is carried out, “we will do it in a careful way to ensure that it is significant in terms of results”.

“We are not so interested in focusing on quantity, but on quality. If there is an investigation, we want the data to be as reliable as possible,” he said, insisting that the Catholic Church in Italy is doing “very serious work” to build a network to support survivors and prevent further abuse.

“Attention to the victims is in the first place,” Russo said, reiterating the IEC’s commitment to stepping up prevention efforts. “We want to be with all the victims,” he said, insisting that the work already done “does not preclude the will to carry out an investigation. We will see if that can be achieved.

In a statement summarizing the deliberations of the Permanent Episcopal Council, the commitment “to implement and strengthen protective action” was emphasized.

“The search for justice in truth does not accept summary judgments but is encouraged by supporting this authentic change promoted by the network of diocesan services for the protection of minors and by the listening centers, which are multiplying”, indicates the press release.

He expressed his support for survivors of clerical abuse, saying: “The Church always wants to be close to the victims, to all the victims, to whom she intends to continue to offer listening, support and closeness, never forgetting the suffering that they lived.”

However, despite vocal commitments from Italian Church leaders and ongoing discussion of a formal independent investigation, survivors have expressed doubts about the desire and will of the Church in Italy for such a significant step.

Talk to Node, Francesco Zanardi, survivor of clerical abuse and president of the Rete L’ABUSO victim support organization, asked if Italian Church leaders were prepared to investigate, saying, “We don’t think so and we don’t want an investigation from the Church.”

The Church, he said, is taking this and similar initiatives lukewarm, “under a shade,” and while that is always a positive sign, “unfortunately, they are not taking these initiatives out when they do. should”.

Zanardi said an investigation could be useful “if it is independent”, like the recent investigations in France and Germany, and if it is serious.

If the investigation is just for show, “it’s pointless,” he said, adding, “An investigation should have different purposes, not just to see what happened in the past, but there must also be a goal to guarantee, which the Church today is not able to do, that tomorrow it will not happen again.

“It’s not that we want to do this again in 20 years, look at what happened and ask for forgiveness. It has to have another scope,” he said.

Zanardi said his organization is currently pushing for a government-backed commission that deals with the issue of abuse, to which the Church could provide data for analysis, but it should not lead the commission, he said. -he says.

“Italy, the State and the Church both have an interest in not talking (about the issue of abuse),” he said, adding that “in all these years they have never laid hands” in a serious way.

Zanardi said he had no official contact with Church leaders in Italy, but was in contact with some participants at the February 2019 Vatican summit on child protection, attended by the presidents of all the episcopal conferences of the world.

“Pedophilia has to do with the Church, not with religion,” Zanardi said, insisting that the act of clerical abuse is not a spiritual issue, but “it is a crime, and each country must manage it on the basis of its own laws”.

“Every country has the capacity to intervene,” he said, noting that the Church can act by opening archives, asking negligent bishops to step down and offering compensation.

When asked if Italy was prepared to handle the wave of lawsuits and payouts that would result from a formal independent investigation, Zanardi replied: “In my opinion, no, and they don’t even want to. “

In terms of timing as to when an investigation might take place, the IEC spokesman said it was still too early to say, adding, “Let’s see what they decide in May,” when the Spring Plenary of Bishops.