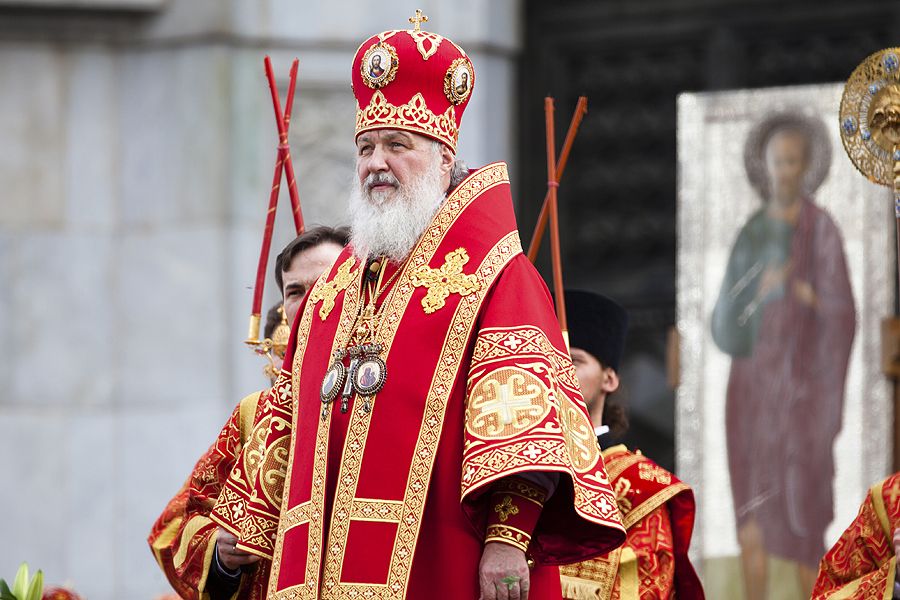 Irish Catholic bishops have called on the head of the Russian Orthodox Church to support a ceasefire in Ukraine.

A declaration after their spring general assembly at St. Patrick’s College, Maynooth, said the bishops urged all Christians to strive daily for peace, including Patriarch Kirill of Moscow.

“The Bishops appealed to all Christians, including Patriarch Kirill and the Russian Orthodox Church, to join in the daily spiritual and practical efforts for a ceasefire, a humanitarian action and the immediate laying down of arms,” ​​the March 9 statement said.

Other Catholic leaders have called on Patriarch Kirill, who is believed to be close to Russian President Vladimir Putin, to take a clear stance against the war, including Polish Archbishop Stanisław Gądecki and German Cardinal Reinhard Marx.

Irish bishops have called on parishes to house Ukrainian refugees.

“In this time of trial, we want to stand in prayerful and practical solidarity with the Ukrainian community here in Ireland and also thank the many Russians among us who bear no responsibility for this tragic situation,” they said.

“What we are witnessing these days prompts us once again to appeal to diplomacy and dialogue – to work for true human brotherhood – as the only way to resolve differences and conflicts.”

“As tens of thousands of refugees arrive in Ireland in the near future, there is no doubt that the gospel calls us to open our hearts and our homes.”

The Irish Bishops’ Conference includes bishops who reside in the Republic of Ireland, a member state of the European Union, and in Northern Ireland, which is part of the United Kingdom.

The bishops applauded the decision to remove visa requirements for Ukrainians wishing to enter Ireland and other EU countries. But they urged the UK government “to prioritize the rights and dignity of all Ukrainians seeking refuge in Northern Ireland”.

They said: “In order to help Ukrainians recover from the trauma and violent displacement they have suffered, we encourage everyone to welcome refugees with sensitivity and compassion.

“We ask all parish communities to think seriously about how to welcome and integrate refugees into our homes.

The Russian Embassy in Dublin, the Irish capital, has become a hotbed of protest against the war.

Catholic priest Father Fergal MacDonagh poured a pot of red paintsymbolizing the blood of war victims, on the gates of the embassy on March 4.

After a truck from a church supply company backtracked on March 7, the Russian Foreign Ministry summoned the Irish Ambassador in Moscow in protest.

The Irish Bishops have announced that a special collection for Ukraine will be made at all weekend Masses from March 26-27.

They also encouraged Catholics to donate to Aid to the Church in Needthe Jesuit Refugee Serviceand Trocairewhich acts through its partners Caritas Ukraine and Caritas Poland.

The Bishops said, “This invasion and aggression reminds us of the fragility of peace, even in Europe, a place that has known peace for much of the past seven decades.”

“It is we, as the people of Europe, together with the rest of the world, who must shape history at this crucial moment. The inspiration that inspired the foundation of the various European institutions and organizations after the Second World War was peace and the development of economic, social and cultural ties.

“There is a crying need for a renewal of the ‘soul of Europe’ which must build on the spiritual sources and roots which inspired these post-war developments.”

The bishops acknowledged the outpouring of prayers for Ukraine since the launch of the full-scale Russian invasion on February 24.

They invited parishes to join Ukrainians in Ireland and elsewhere on the national St. Patrick’s Day holiday on March 17.

“At the ‘sign of peace’ at Mass that day, and for the rest of Lent, the bishops ask priests to call for peace in the world and particularly in Ukraine and, after a moment of silence, to ‘to invite everyone to make a gesture or greeting of peace (without the handshake), holding in prayer all those caught up in this conflict,’ they said.

The bishops concluded their statement with a prayer for the people of Ukraine:

God of love,
We pray for the Ukrainian people,
For all those who suffer or who are afraid,
that you will be close to them and that you will protect them.
We pray for world leaders,
compassion, strength and wisdom to guide their choices.
We pray for the world; that in this moment of crisis,
we can reach out in solidarity
to our brothers and sisters in need.
May we walk in your ways
so that peace and justice
become a reality for the Ukrainian people
and for everyone.
Amen.