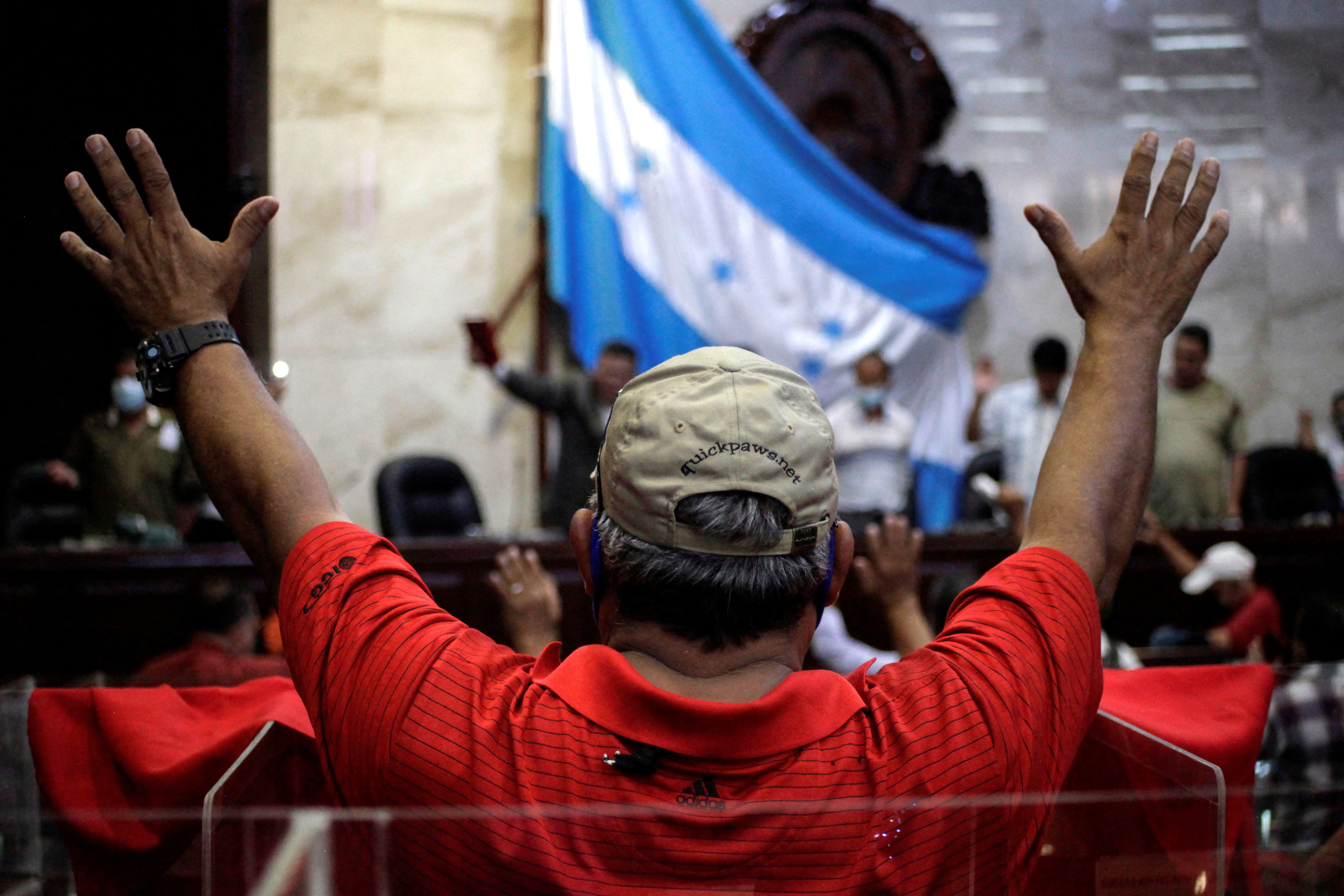 MEXICO CITY — The Honduran episcopal conference has called for dialogue as a political crisis threatens to torpedo the Central American country’s presidential nomination.

A prominent Honduran Jesuit, meanwhile, has described the prospects for dialogue as “diminic” as rival groups vie for control of the country’s Congress.

“We make a sincere and open call for dialogue as soon as possible between the president-elect and the representatives of the two groups who aspire to the presidency of the congress, so that they can come to an understanding and find a solution that respects the law and restore serenity, peace and order,” the bishops said in a January 24 statement titled “Let’s not put the rule of law at risk.”

Honduras celebrates the feast of Our Lady of Suyapa on February 3, with a novena preceding the feast. The Bishops asked Hondurans to pray for political calm during the novena, saying, “Let us ask with faith that this crisis can be overcome as soon as possible.”

In the November 28 elections, Hondurans voted overwhelmingly for change, opting for opposition candidate Xiomara Castro. She was due to take office on January 27.

But a dispute erupted in congress when 18 lawmakers from Castro’s Freedom and Refoundation Party joined the ruling National Party to elect their own congressional president. The maneuver – which resulted in violence in Congress – broke an agreement Castro had with a political ally, who was supposed to be elected President of Congress.

The two groups both claim legitimate control of the congressional presidency.

“The conditions for dialogue are remote right now,” said Jesuit Father Ismael Moreno Coto, founder of Radio Progreso. “Things are pretty hot and the interests of these groups are…based on personal calculations.”

“Millions of people support Doña Xiomara, and there are those politicians who seek to maintain the (power) structures and control of the state, especially the national congress, for their own personal interests. … They are not interested in change.

November’s elections captured widespread fatigue with 12 years of National Party rule, which began shortly after the ousting of Castro’s husband, President Manuel Zelaya, in a 2009 coup. National Party and incumbent president Juan Orlando Hernández has been marred by flagrant corruption, accusations of electoral fraud in 2017, outward migrations and suspicions of narcotics traffickers entering government. Hernández’s own brother was convicted of drug trafficking in a US court.

“What people wanted to change was the corruption system in the country, which was really aberrant. … People couldn’t bear that there was a new act of corruption every day, so people were fed up,” Fr Calix added.

Another Harlem church building to be sold after merger