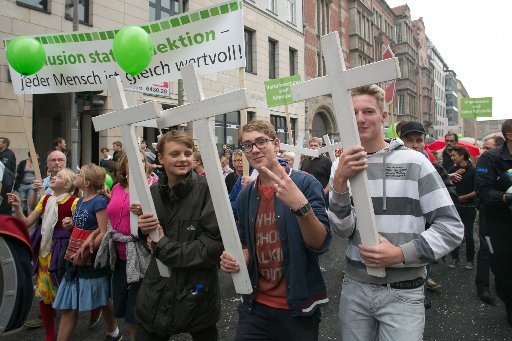 BONN, Germany — The Catholic bishops of Germany have expressed their opposition to the stand taken by the German Catholic Youth Federation in its call to end the ban on abortion advertising.

Auxiliary Bishop Johannes Wüebbe of Osnabrück, Germany, commissioner for youth affairs for the German bishops’ conference, said April 6 that he did not share the federation’s call to allow advertisements for the abortion, German Catholic news agency KNA reported.

“For me, the protection of unborn life is a top priority,” he said, stressing that assisting pregnant women in conflict situations was at the heart of church services.

The youth federation, known by its German initials BDKJ, has publicly supported lifting the ban. The organization’s president, Daniela Hottenbacher, said the law reflected “an image of women that we strongly reject. Women are very capable of making a thoughtful decision.

The BDKJ also criticized the fact that “in some regions of Germany termination of pregnancy is no longer accessible. Pregnant women are thus increasingly pressed for time, which makes it difficult to decide for or against an abortion.

Section 219a prohibits offering, advertising or advertising abortions for profit or doing so in a grossly offensive manner. Those who violate it can face up to two years in prison.

In March, Germany’s new coalition government came out in favor of abolishing the ban on abortion advertising. Any such modification is subject to the approval of the German parliament.

“To the extent that reform is needed, we continue to believe that a revision of Section 219a of the German Penal Code is the best way forward,” said Bishop Georg Bätzing of Limburg, Germany, president of the episcopal conference.

He expressed concern that lifting the advertising ban would reduce the protection of unborn children as enshrined in the German constitution.

While abortion is technically illegal in Germany, it goes unpunished under certain conditions.

Bätzing also said that a pregnant woman in crisis depends on serious, reliable and neutral information, adding that an abortion should not appear as a daily “normal procedure”.

Meanwhile, Benjamin Strasser, Undersecretary of the Justice Department, defended the proposal to abolish Section 219a. In Berlin on April 7, he stressed that unborn life can be protected even without threatening punishment for advertising abortion.

The Rashists set up their headquarters in the church building