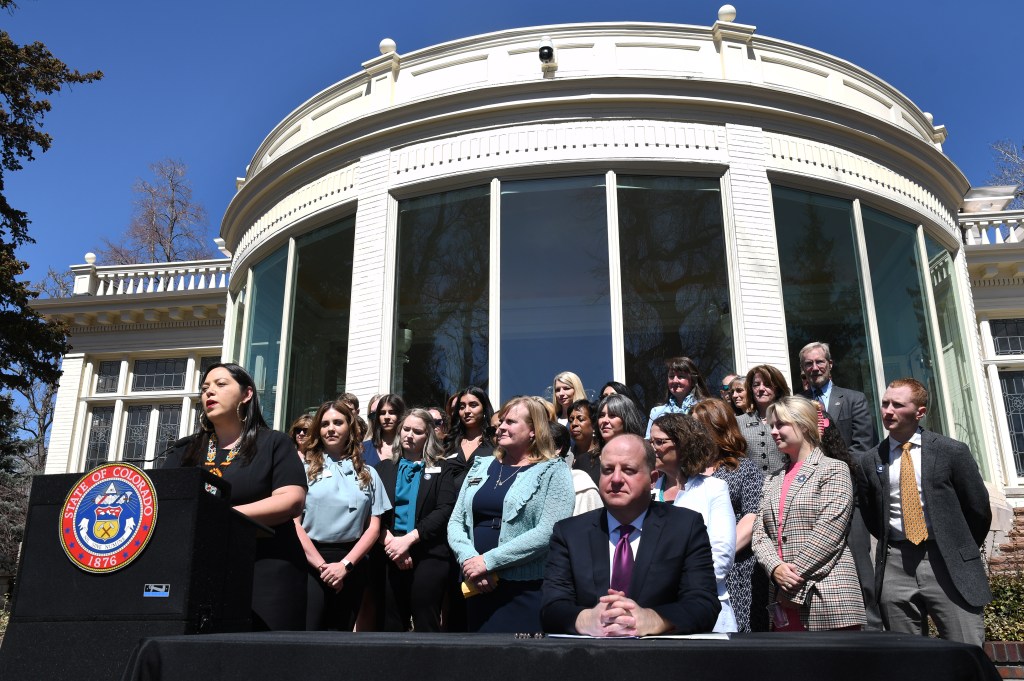 Should bishops get involved in political issues? Joseph Rummel thought so. The Archbishop of New Orleans expressed his opposition to segregation in the late 1940s and began desegregating churches and schools within the archdiocese a few years later.

“Racial segregation as such is morally wrong and culpable because it is a denial of the unity and solidarity of the human race as designed by God,” he wrote.

He not only refuted segregation in private institutions, but the segregation laws themselves. Catholic lawmakers were warned that if they worked to perpetuate such laws, they risked excommunication, the Church’s harshest censorship. When three prominent members of the church staged protests against the archdiocese, they received letters of “fatherly warning” and, having ignored them, were excommunicated. Two of the people publicly recanted their opposition to desegregation and were reinstated as members of the church.

The Colorado bishops privately contacted 14 Catholic lawmakers on the issue of communion and abortion in the fall of last year and spring of this year, but none of the 10 Catholics who voted for RHEA was receptive.

Earlier this month, in an open letter to lawmakers, the bishops asked, “Catholic lawmakers who live or worship in Colorado and who voted for RHEA, voluntarily refrain from receiving Holy Communion” until let “public repentance take place and sacramental absolution be received in Confession.”

For Catholics, Holy Communion is a sacramental meal of bread and wine guests who become the true Body and Blood of Christ eaten together in anamnesis, which means making past actions real in the present, publicly professing life, the death and resurrection of Christ.

Before participating, Catholics are urged to examine their conscience, lest they commune unworthily and judge themselves. This is true for all Christians who participate in communion.

There have been times when I did not take communion in my Lutheran church because I was struggling with doubt or anger and was not yet ready to be reconciled with God or with another person to whom I had done wrong.

Pope Francis has said those who advocate abortion have put themselves out of communion with the Catholic Church. As shepherds of their diocese, bishops can determine among themselves the best way to help the faithful to live faithfully to the Scriptures and to the teaching of the Church.

The Colorado bishops are concerned about babies and mothers affected by House Bill 1279 and the spiritual well-being of lawmakers who supported it. Their actions are courageous, compassionate and well within the tradition of the universal Christian faith.

Early theologians like Tertullian, Clement of Alexandria, Ambrose, Jerome and Augustine wrote against abortion and Christians won legal protections for babies and their mothers.

The Catholic Church and many other Protestant and Orthodox Christian denominations remain faithful to this tradition of respect for human life. “If the bishops, as shepherds of the church, did not do their utmost to affirm privately and publicly the preciousness of human life and to oppose the evil of abortion, they would fail to fulfill their calling. “said Brittany Vessely, executive director of Colorado. Catholic Conference, told me.

Some have asked why the church has not taken similar action regarding the death penalty which the church also opposes. The problems do not differ in essence — all human life is precious — but in their magnitude and circumstances; since the mid-1970s, 1,548 people have died by execution and 50 million people by abortion. Moreover, a child is innocent, but the death penalty is given to someone who has committed murder.

Life begins at conception, not only in humans, but all animals that reproduce sexually and abortion extinguishes that life.

Whether the life of the child or anyone else should be protected by law is a political question decided by legislatures and courts. As with other human rights issues, bishops have not only the right but the moral obligation to intervene.

To send a letter to the editor about this article, submit it online or see our guidelines for how to submit by email or mail.