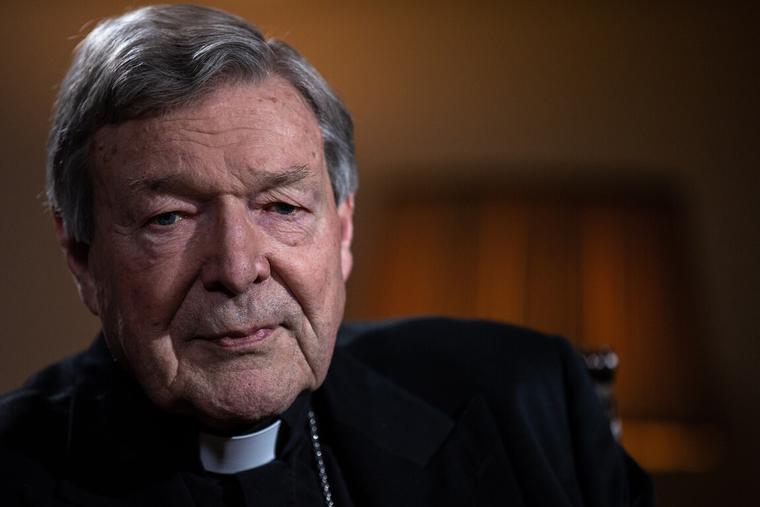 VATICAN CITY — Cardinal George Pell has asked the Congregation for the Doctrine of the Faith (CDF) to publicly reprimand two of Europe’s top bishops for what he called a “total and explicit rejection” of the Church teaching on sexual ethics.

In one declaration released on March 15, Cardinal Pell asked the Vatican’s doctrinal congregation “to intervene and pass judgment” on the remarks of Cardinal Jean-Claude Hollerich, general rapporteur of the Vatican synod on synodality, and Bishop Georg Bätzing , President of the German Episcopal Conference .

Cardinal Pell had made this appeal a few days earlier, in an interview given to the German Catholic television agency K-TV on March 11.

Jesuit Cardinal Hollerich of Luxembourg and Bishop Bätzing of Limburg have both called for changes in Church teaching on homosexuality in recent interviews.

Cardinal Hollerich, who is presiding over much of the synod on synodality which will run until October next year, claims last month that the current teaching was “erroneous” and that the “sociological-scientific basis” of this teaching, on what “was once condemned as sodomy”, was “no longer correct”.

Bishop Batzing argued in a March 4 interview that homosexual relations were permitted and not a sin and that the catechism should be partially changed to reflect this.

The two prelates also swore not to dismiss any homosexual priests or lay employees from their dioceses. “No one should be afraid of losing their job” for reasons of homosexuality, Bishop Bätzing said. “How someone lives their personal intimacy is none of my business.”

Cardinal Pell said such teaching was “erroneous” because it “not only rejects ancient Judeo-Christian doctrines against homosexual activity, but undermines and rejects the teaching on monogamous marriage, the exclusive union of ‘a man and a woman’.

The Australian cardinal said he recognized the challenges faced by the dwindling number of faithful in German-speaking countries and elsewhere, but added that the only possible response should be to “rediscover the promises of Jesus” and to embrace more closely the “undiminished deposit of faith”. ”

He pointed out that the solution is “do not follow the changing dictates of contemporary secular culture,” adding that, “as Pope Paul VI pointed out many years ago, this is a path of self-destruction for the Church.”

The cardinal, who served as the first prefect of the Secretariat for the Economy from 2014 to 2017, also criticized the “synodal path” of the Church in Germany, where such controversial changes are voted on by selected participants.

A recent open letter of the Nordic bishops’ conference to Bishop Bätzing expressing deep concern that the process was “excellent,” Cardinal Pell said, adding that it was “an example of the almost unanimous rejection by bishops around the world of these innovations.

The Catholic Church, he says, isdo not a loose federation where different synods or national gatherings and prominent leaders are able to discard essential elements of apostolic tradition and keep quiet.

“This must not become a normal and tolerated situation,” he continued. “Catholic unity around Christ and his teaching requires unity on the major elements of the hierarchy of truths.

Cardinal Hollerich, who is also president of the Commission of Episcopal Conferences of the EU (COMECE), last year Express open to some kind of same-sex union blessing while ruling out a nuptial blessing, despite CDF permanently excluded such ceremonies a year ago.

At the Vatican summit on sexual abuse in 2019, the cardinal also defended homosexual priestsrejecting any claim that homosexuality could be a cause of abuse although the vast majority of cases are exclusively male.

Cardinal Pell’s appeal also follows a Mass celebrated by Munich’s Cardinal Reinhard Marx “marking 20 years of queer worship and pastoral care.” In his homily, the former president of the German bishops’ conference said he wanted “an inclusive Church”, a Church that “includes everyone who wants to follow the path of Jesus”.

“Nor can we follow Bertrand Russell, the English atheist philosopher, who suggested that the Ten Commandments could be like an exam – where only six out of 10 questions have to be answered.”

“Christ welcomed and mingled with sinners, but he called us to repentance,” Cardinal Pell said. “So a Mass for special groups can be a good thing, provided the teaching of Christ is presented regularly, the need for repentance is preached, and the Sacrament of Penance, Reconciliation is regularly available.”

The Cardinal concluded by reiterating his request for Vatican intervention.

The Registry has contacted the prefect of the Congregation for the Doctrine of the Faith, Cardinal Luis Ladaria, to see if he would respond to Cardinal Pell’s appeal, but he has yet to respond. The Register also contacted another senior CDF official, but he declined to comment.

Have the Germans lost their bet on reform?