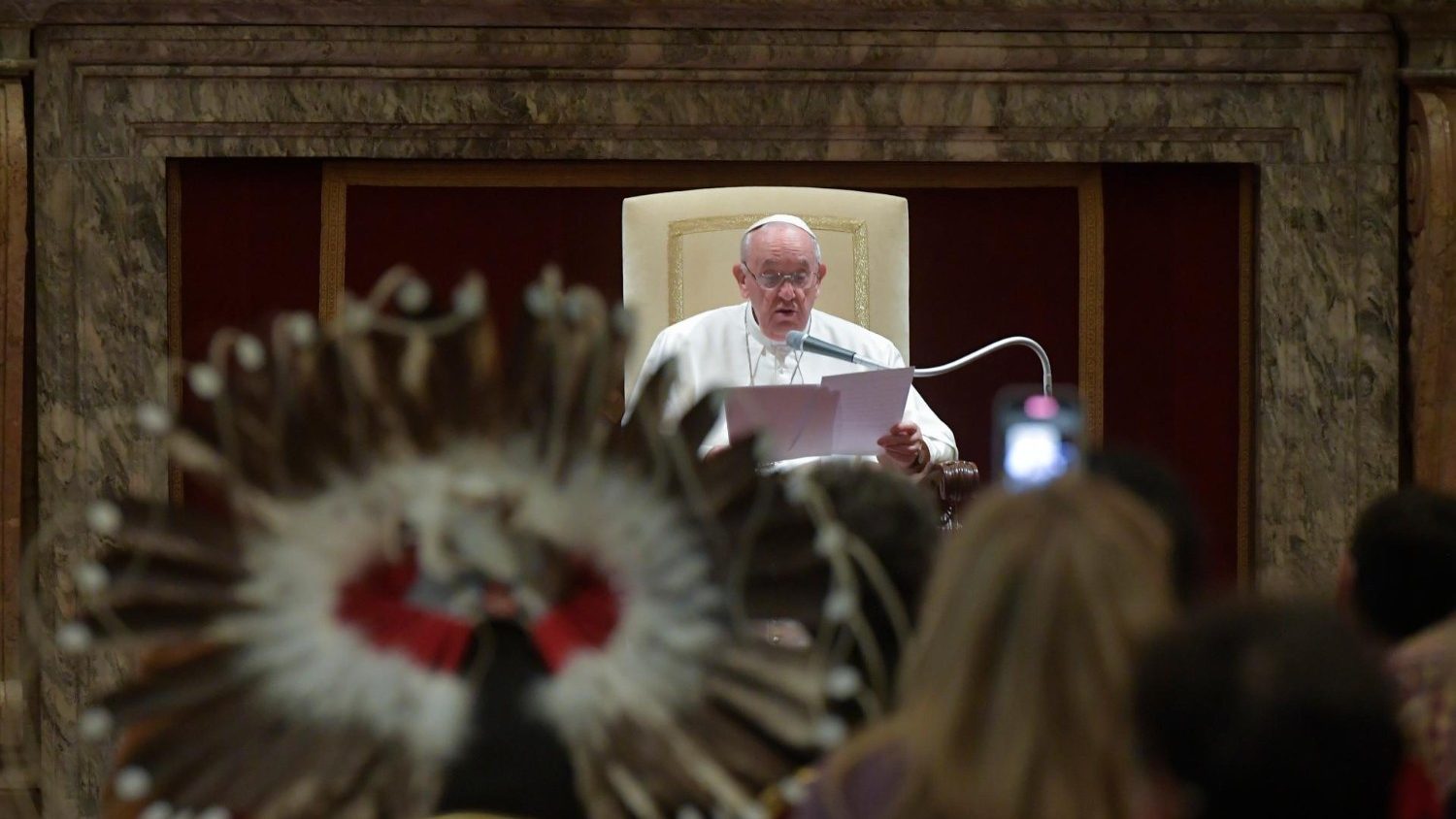 Pope Francis asked for forgiveness during an audience with Indigenous Canadians Friday at the Vatican, following recent revelations of abuse in the Canadian residential school system. The pope also expressed his hope to visit the country this year.

Pope Francis asked for forgiveness during his audience with the entire indigenous delegation at the Vatican on Friday, saying, “I ask God’s forgiveness and I want to tell you with all my heart: I am truly sorry.”

The Pope is meeting with Canadian Indigenous delegations on Friday, expressing deep sadness and asking forgiveness for the suffering inflicted by some members of the Catholic Church…

Expressing his “sorrow and shame” for the mistreatment and abuse inflicted on Indigenous Canadians in the residential school system, the pope said he joined his “brothers, the Canadian bishops” in asking for “your sorry “.

Speaking after the audience with the Pope, CCCB President, Bishop Raymond Poisson of Saint-Jérôme said, “We are deeply grateful to each of the indigenous delegates who traveled with us to the Holy See to share their experiences and their desires for a better future for their people.

“The Holy Father,” the Canadian Prelate continued, “heard firsthand the stories of those who suffered at the hands of members of the Catholic Church, and responded with compassion, remorse, and a genuine desire for truth, justice and healing.”

A week of experiences

Earlier in the week, Pope Francis held private meetings with Indigenous Elders, Knowledge Keepers, Residential School Survivors and youth from across Canada, during which delegates shared with the Holy Father a range of lived experiences.

According to the CCCB statement, “Through shared prayers, the exchange of gifts and the telling of powerful stories, Pope Francis was moved by their courage, commitment and resilience in the face of suffering.”

The statement adds that the pope “underlined his shame for the role of the Catholic Church in the residential school system and recommitted himself to visiting them on Canadian soil.”

A promise of healing

CCCB Vice-President, Archbishop William McGrattan of Calgary, said, “As Catholics, we believe in the restorative power of apologies. But acknowledging wrongdoing is only one step on the journey to healing. We all have a role to play in healing the wound that has been opened up through a history of colonialism and we must be deeply committed to this responsibility.

Looking ahead to a possible papal visit, he said, “As we prepare for the Holy Father’s eventual pilgrimage to Canada, the relationships forged this week and the lessons learned from the Indigenous delegates will continue to guide and inspire us.

The delegation follows more than three years of dialogue between the Catholic Bishops of Canada and Indigenous partners, including the Assembly of First Nations, the Métis National Council and the Inuit Tapiriit Kanatami.

The CCCB notes in its statement that their conference has pledged $30 million “for healing and reconciliation initiatives, a commitment to ensure that residential school materials are made available to survivors, and a ongoing work to provide education to our clergy, consecrated men and women, and lay faithful, on Indigenous cultures and spirituality.

Barony St John’s: construction of the church of Ardrossan at auction