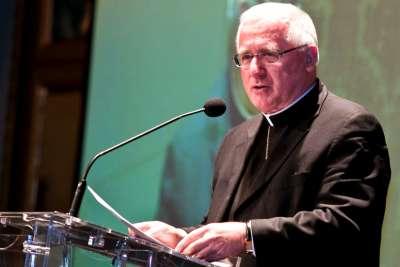 Four Canadian bishops are among more than 70 bishops around the world who have issued a “fraternal open letter” to German bishops warning that sweeping changes in Church teaching advocated by the ongoing process known as ” Synodal way” could lead to schism.

The letter expresses “our growing concern about the nature of the whole German ‘synodal path’, which, according to the signatories, has sown confusion about the teaching of the Church and seems more focused on the will of the man than on that of God.

“Failing to listen to the Holy Spirit and the Gospel, the actions of the Synodal Way undermine the credibility of the authority of the Church, including that of Pope Francis; Christian anthropology and sexual morality; and reliability of Scripture,” the letter states. “Although they display a patina of religious ideas and vocabulary, the documents of the German Synodal Path seem largely inspired not by Scripture and Tradition—which, for the Second Vatican Council, are “one and the same sacred”. repository of the Word of God’ – but through contemporary sociological and political analysis, including gender, ideologies,” the letter continues.

The organizers of the letter have provided an email address — episcopimundi2022@gmail.com — that other bishops can use to add their names to the document.

Bishop Georg Bätzing, president of the German bishops’ conference, responded on April 14, saying the decision to embark on the synodal path was to address the systemic causes of the abuses and their cover-up. He said it was “our attempt to renew a credible proclamation of the Good News.”

Bätzing said it was important to speak openly about power and the abuse of power in the Church.

Those who lend their names to the document include well-known prelates like American Cardinal Raymond Burke, Australian Cardinal George Pell and Archbishop Samuel Aquila of Denver.

Aquila published his own commentary on the first text of the Synodal Path in May, saying it puts forward “untenable” proposals for changes in Church teaching.

The Synodal Way is a contentious multi-year process bringing together German bishops and lay people to discuss how power is exercised in the Church, sexual morality, the priesthood and the role of women. It consists of the bishops, 69 members of the powerful Lay Central Committee of German Catholics and representatives of other parts of the German Church.

In February, the assembly voted in favor of draft texts calling for the blessing of homosexuals and for modifications to the Catechism of the Catholic Church on homosexuality.

More recently, in an interview published on March 31, German Cardinal Reinhard Marx asserted that the catechism’s teaching on homosexuality is “not set in stone” and “it is also permissible to doubt what he says”.

The 859-word letter does not cite any specific changes to Church teaching requested so far.

Instead, it is broadly critical of the Synodal Path’s approach and the content of its draft documents. “A telltale flaw” in these texts, the letter argues, is that rather than expressing the “joy of the gospel”, they bear the “obsessively critical and introspective” marks of a bureaucratic process primarily focused on something other than the salvation of souls.

“In its effect,” observes the letter, “the Synodal Way displays more submission and obedience to the world and to ideologies than to Jesus Christ as Lord and Saviour.”

Noting that authentic freedom is not the same as “autonomy” and that conscience does not determine truth, the letter argues that the synodal path has strayed from the reality that a “properly formed Christian conscience remains subject to the truth about human nature and the standards of righteous living revealed by God and taught by the Church of Christ.

Along the same lines, regarding questions of governance of the institutional Church, the letter urges German bishops to remember that “(r)eforming structures is not at all the same thing as converting hearts”.

“Christian history is littered with well-meaning efforts that have lost their anchor in the Word of God, in a faithful encounter with Jesus Christ, in genuine listening to the Holy Spirit, and in submitting our wills to the will of the Father. .”

(With files from Catholic News Service)