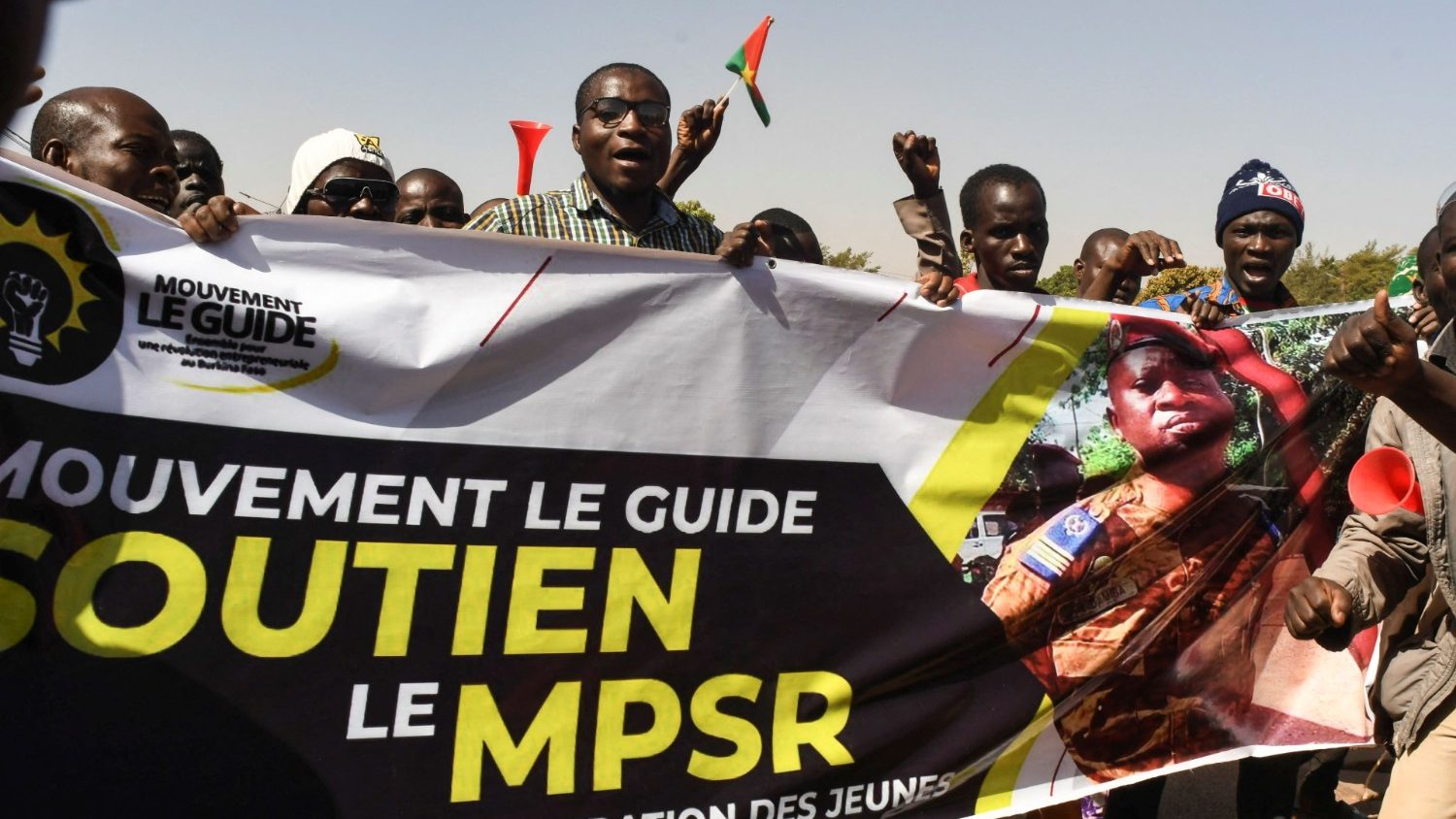 The Catholic Bishops of Burkina Faso have warned the new military government in power in Ouagadougou that it will be its duty to respond to the deep aspirations of the Burkinabe people, recalling “that political authority must be at the service of the common good”.

On January 24, mutinous soldiers led by Lieutenant-Colonel Paul-Henri Sandaogo Damiba announced that they had deposed democratically elected President Roch Kaboré, that Parliament had been dissolved and the Constitution suspended.

Damiba, the leader of the new Patriotic Movement for Safeguarding and Restoration (MPSR), presented himself as an expert in the fight against terrorism.

While the takeover drew international condemnation, it was welcomed by many Burkinabe citizens amid growing discontent over Kaboré’s alleged failure to curb the Islamist insurgency in the country. Hundreds of people took to the streets of Ouagadougou on Tuesday to express their support for the coup.

Following a meeting with other local religious leaders on January 26, the Burkinabe bishops said they “take note” of recent developments, but warn that these “sudden and unconstitutional changes” still raise questions about whether they will solve the country’s problems.

“While the security challenge is the primary motivation for these events, there are other issues that need to be addressed, including the return of displaced people to their homes, national reconciliation, economic challenges and many other issues that require everyone’s participation,” they said.

The bishops therefore urged the new authorities to take to heart the need to respond to the aspirations of the people of Burkina Faso, also asking them “to guarantee the safety, physical integrity and dignity of those arrested” during the coup.

Faced with the new situation and the uncertainty, they invite the people of Burkina Faso to “pray insistently”, asking God “to be enlightened and to obtain his Spirit of wisdom” so that the country can “move towards an exit end of the crisis and a lasting peace.”

Finally, the bishop asked for the intercession of the Blessed Virgin Mary, Queen of Peace, and of Saint Joseph, so that the country seeks “reconciliation, justice and true peace”.

Islamist insurgents in the Sahel

Since 2015, Burkina Faso has been waging armed campaigns led by guerrillas linked to al-Qaeda and neighboring Mali’s so-called Islamic State (ISIS). Local security forces and civilians have been the main victims of Islamist attacks, which have risen to more than 1,000 in 2021, more than double the previous year.

The violence and insecurity have displaced more than 1.4 million people, according to UNHCR, and caused Kaboré to lose the trust of Burkinabe citizens. People’s frustration with the deteriorating security situation peaked in June 2021, after the killing of 160 civilians in Solhan, on the eastern border with Niger, was the worst attack since 2015.

Kaboré’s leadership was further weakened after another attack on a gendarmerie post in the northern town of Inata, in which 49 officers and four civilians were killed.

The recent coup in Burkina Faso is the fourth in a series of recent military takeovers in West and Central Africa, amid growing security threats from armed Islamist groups in the Sahel region.