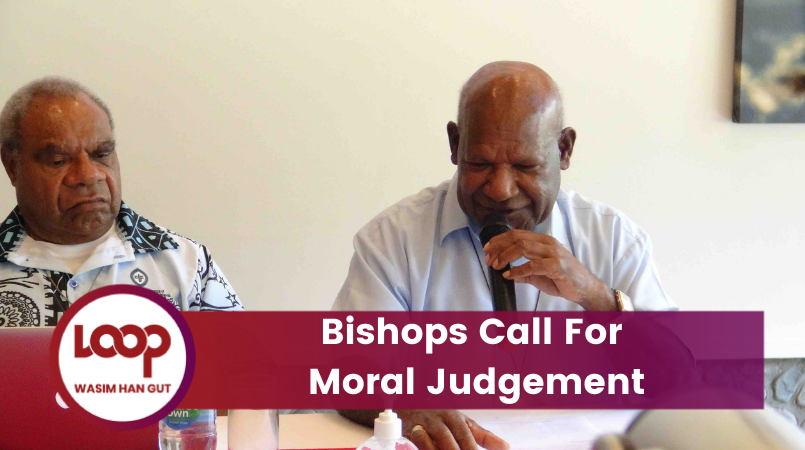 The briefing was part of CBCPNG&SI’s Annual General Meeting, held April 26-May 4, 2022, at Rondon Ridge Lodge in Mt Hagen, themed “Salt and Light”.

The statement reaffirmed the neutral position of the Catholic Church in politics, but also urged citizens to be rational and sane for the common good.

“The Catholic Church maintains its neutrality. As an organization of the Church, we do not endorse any particular candidate or political party in this and any other election. We want the process to be free, honest and without fear or favour. Votes should not be taken because the candidates are members of your family, a tribal group or belong to your associations,” it reads.

Emphasizing the rights and freedom of all citizens to support and elect candidates of their own choice, the document further reads: “Using their own careful judgment and conscience, they have their democratic right to choose trustworthy and God-fearing people. We ask you to vote wisely because your vote is your power and it determines your future and that of your children.

Abbé Bal warned that if this year’s elections were not guided by the right decisions, the long-term impacts would be detrimental to the whole country.

Cardinal Ribat urged eligible voting citizens and potential candidates to be mindful of their conduct in the upcoming elections and called on all to be guided by their own hearts and choices. “He must not be motivated or influenced in any way by potential candidates. Vote for people you trust to make better decisions and who are honest and willing to serve the people of our country with humility and humility. Our vote has power and when we vote, we help improve our society. Let’s be responsible and don’t compromise our moral standing for short-term gain,” he said.

Bishop Separy recalled the history of Papua New Guinea’s election periods, saying they had come such a long way since gaining independence in 1975, and implored citizens to access their basic democratic right without fear, favor or intimidation.

He stressed that a leader is an elected representative of the people and should always listen to the people, speak on behalf of the people, drive change for them and not impose their own ideas.
“Those who are elected to parliament become lawmakers, and the laws they make must be for the good of the country and its citizens, and they must also be in accordance with our Christian principles and values,” he added. .

There is hope for West Africa – Catholic Bishops