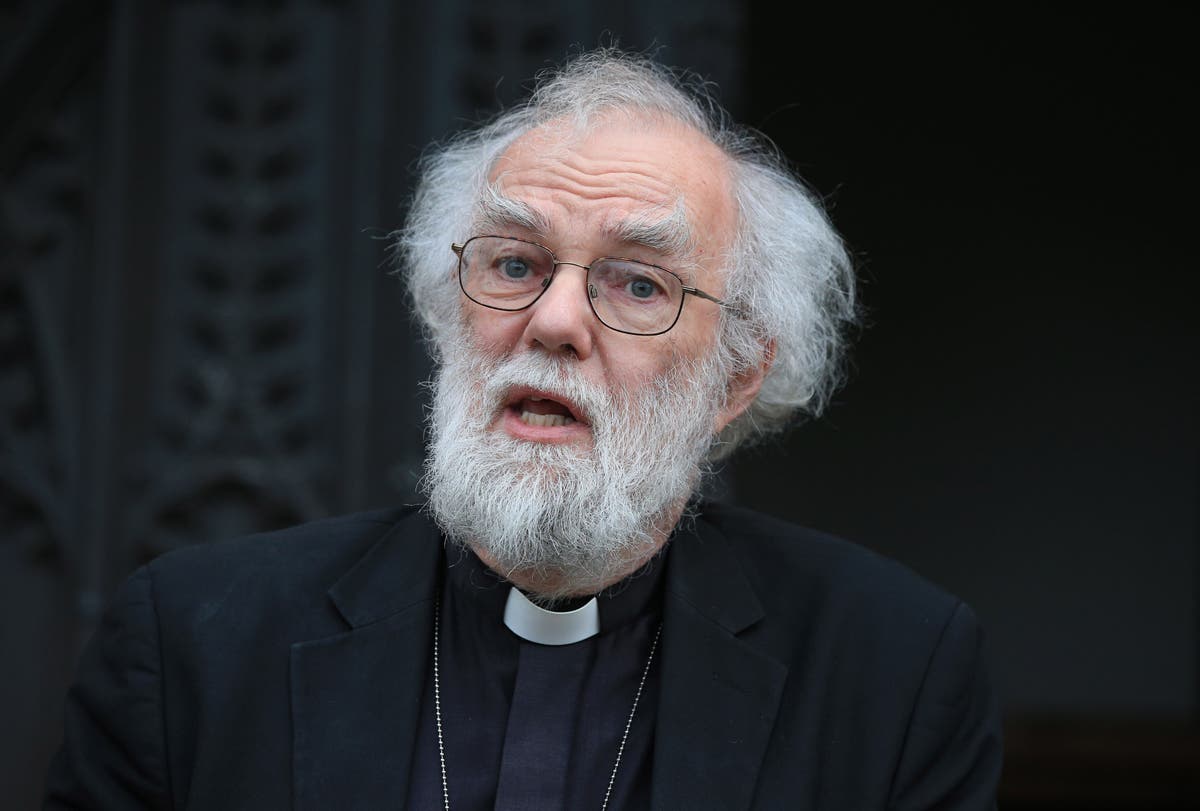 More than 50 bishops have urged the Prime Minister and Chancellor to rule out support for new oil and gas developments as Britain seeks to move away from using Russian energy.

The former Archbishop of Canterbury, Dr Rowan Williams, is among a host of senior Anglican and Catholic clerics to write to Boris Johnson and Rishi Sunak ahead of Wednesday’s Spring Statement.

They call for there to be “no support for new oil and gas developments” as part of the Chancellor’s budget announcement.

Mr Johnson told the Conservative Party’s Spring Conference in Blackpool on Saturday that his administration planned to “make better use of our own natural hydrocarbons”.

Following the remarks, Downing Street said Treasury Secretary Helen Whately had been tasked with chairing a forum with oil and gas lenders to discuss terms for investing in oil and gas in the North Sea. .

But senior Church of England and Roman Catholic bishops, along with other Christian leaders, have united to pressure the first two in government on the need to move away from reliance on fossil fuels.

In their letter, the bishops and clerics called on Mr Johnson’s administration to ‘ensure a rapid shift from fossil fuels to clean energy’ in the upcoming spring statement and energy security strategy, to be released this month.

They hailed the British government’s decision to ban Russian oil imports by the end of the year, which they described as “fuelling the catastrophic war in Ukraine”.

But Dr Williams and more than 200 other faith leaders said the UK had a ‘duty to show global leadership on the climate crisis’ after hosting the UN Cop26 climate summit in Glasgow on last year, and to invest more in renewable energy sources.

They wrote: “The spring declaration must not include any support for new oil and gas developments.

“The International Energy Agency has said there can be no new fossil fuel developments if we are to limit global warming to 1.5°C.

“New oil and gas production will not reduce energy bills for families facing energy poverty and will not impact energy supply for years to come.”

As well as Lord Williams of Oystermouth, other signatories to the letter include leading Church of England environment bishops, Bishop of Norwich Graham Usher, Catholic Church in England and Country of Wales, the Bishop of Salford John Arnold and the Catholic Church of Scotland, the Archbishop of GlasgowWilliam Nolan.

They are joined by church leaders from across the country, including members of the Methodist, Scottish Episcopal, Church of Wales, United Reformed, Baptist Union and Quaker congregations.

In the letter, the bishops and other church leaders express their support for a “one-off tax on oil and gas companies” as a way to tackle the cost-of-living crisis – a policy similar to that advocated by the Labour Party.