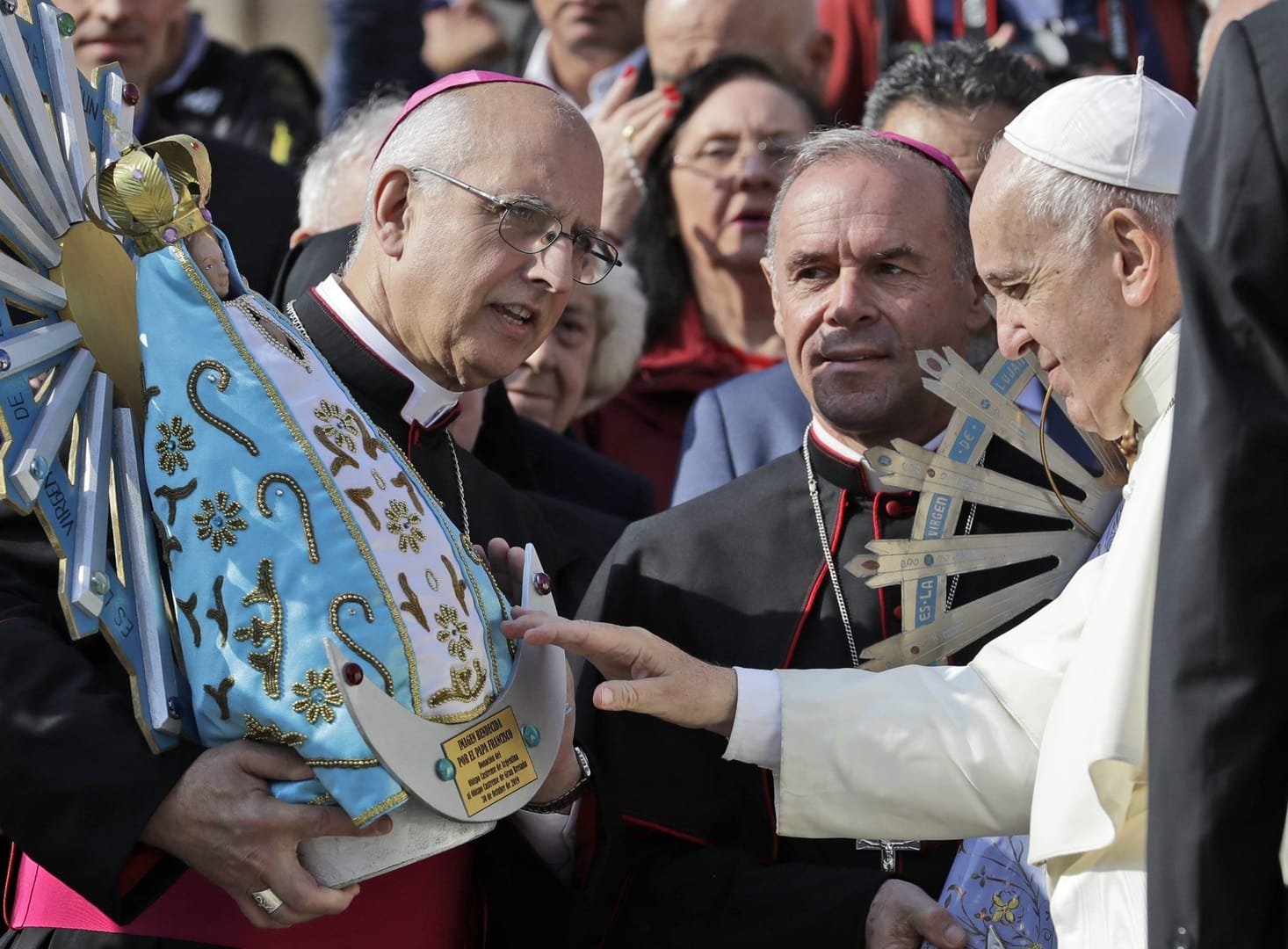 ROME — As Pope Francis travels to Malta on Saturday morning, his native Argentina is celebrating the 40th anniversary of the start of a war with Britain over what the pontiff’s people call the Falklands and the British the Falklands.

On this occasion, the Argentine Church has decided to organize moments of reflection, led by Bishop Santiago Olivera, Argentine military bishop, who reflected on the war that lasted from April to June 1982.

Four decades after the conflict, the prelate affirms that “we do not claim our sovereignty, but we claim the right to exercise this sovereignty”, emphasizing without ambiguity that “we certainly believe that the Malvinas are Argentine”.

The bishop also remembered those who gave their lives “to defend our homeland”, that is, more than 640 people who died in battle, as well as the men who returned from the Malvinas, “veterans of the war that we must recognize, thank and always value”.

Some 250 British soldiers were killed during the two-month conflict.

Olivera also said that “we have in mind the families of those who left and those who have in their midst those men who knew how, as young men, to defend part of our national territory in adverse situations” .

The bishop’s words came in a video message broadcast by AICA, the news agency of the Argentine episcopal conference.

According to the prelate, marking the 40th anniversary of the war – the only one Argentina has fought in modern history – is an opportunity to “consider the terrible evil of war. We all lose. Although there are, in quotes, apparent winners, we are all losers.

Stressing that while the world is currently facing wars, “we regret the suffering on both sides”, he asked Our Lady of Lujan, patroness of Argentina, “for peace, for encounter, for dialogue, for truth and justice”, insisting on the fact that “we always want to walk in our society and in our world, paths of encounter, fraternity and peace”.

On Saturday, the day the war began, Msgr. Oscar Ojea, president of the Argentine bishops’ conference, was to say mass in the Basilica of Our Lady of Lujan, in the presence of veterans and the families of those who gave their lives. .

Interestingly enough, it was the conflict over the island and two dependent territories in the South Atlantic, South Georgia and the South Sandwich Islands, that motivated Pope John Paul II to visit the South American country to the first time, two weeks after visiting the UK.

Although his trip to Queen Elizabeth’s country had been in the works for nearly two years, in an attempt to appease anti-war protesters who wanted him to suspend a visit with strong ecumenical overtones, the Holy See managed a historically prepared quick trip to Argentina – if nothing else, to avoid portraying yourself as a supporter of one side or the other.

In the days leading up to the Vatican’s announcement of a papal visit to Argentina, the Polish Pope did all he could to express his closeness to the country which was, at the time, under military rule.

Perhaps the strongest sign of support came on May 25, when Argentina marked the start of the revolution that led to the country’s independence from Spain, John Paul II published a “Letter to the Argentine faithful”, in which he asked for understanding not to cancel the trip that had lasted two years.

“If the tragic events which have their focal point in the southern region of the Atlantic Ocean and which are linked to the conflict between Argentina and Great Britain had not taken place in recent weeks, this trip would require no explanation. , because no other trip was necessary to visit the Churches in the different countries and continents,” the Polish pope wrote.

“However, in view of the current painful circumstances, I must give you this clarification, knowing that you will accept it as a faithful testimony of affection, in evangelical service to the world.”

John Paul II also maintained that by undertaking this journey despite all the difficulties that accumulate and with his “spirit charged with grief for the deaths caused by the conflict between Argentina and Great Britain, he nurtures the firm hope that an honorable solution will soon be found on the paths of peaceful negotiation.

“For my part, I have not ceased since the beginning to work, with all the means at my disposal, for a solution which, while retaining the character of a fair decision and in keeping with the sense of national honor, may save both sides, and perhaps other societies as well, from the bloodshed and other terrible effects of war,” he wrote.

The conflict was a major episode in the protracted – and still ongoing – dispute over territorial sovereignty. Argentina claimed then – and still does today – that the islands are Argentine territory. For this reason, the country claimed that by occupying the island on April 2, 1982, the country regained its own territory.

The British government viewed the action as an invasion of territory that had been a Crown colony since 1841. The islanders, who have inhabited the islands since the early 19th century, are primarily descendants of British settlers and strongly support to British sovereignty.

Although Pope Francis has avoided any “official” comment regarding the sovereign status of the islands, there are at least two instances during his decade-long pontificate in which the issue has come to the fore. The first was in 2015, when at the end of one of his weekly hearings he was pictured holding a sign calling on Argentina and England to “dialogue” over the islands. The second came in 2019, when he “oversaw” the return of a replica of the image of Our Lady of Lujan which accompanied the Argentine army during the war but was seized by the British army.

Barony St John’s: construction of the church of Ardrossan at auction