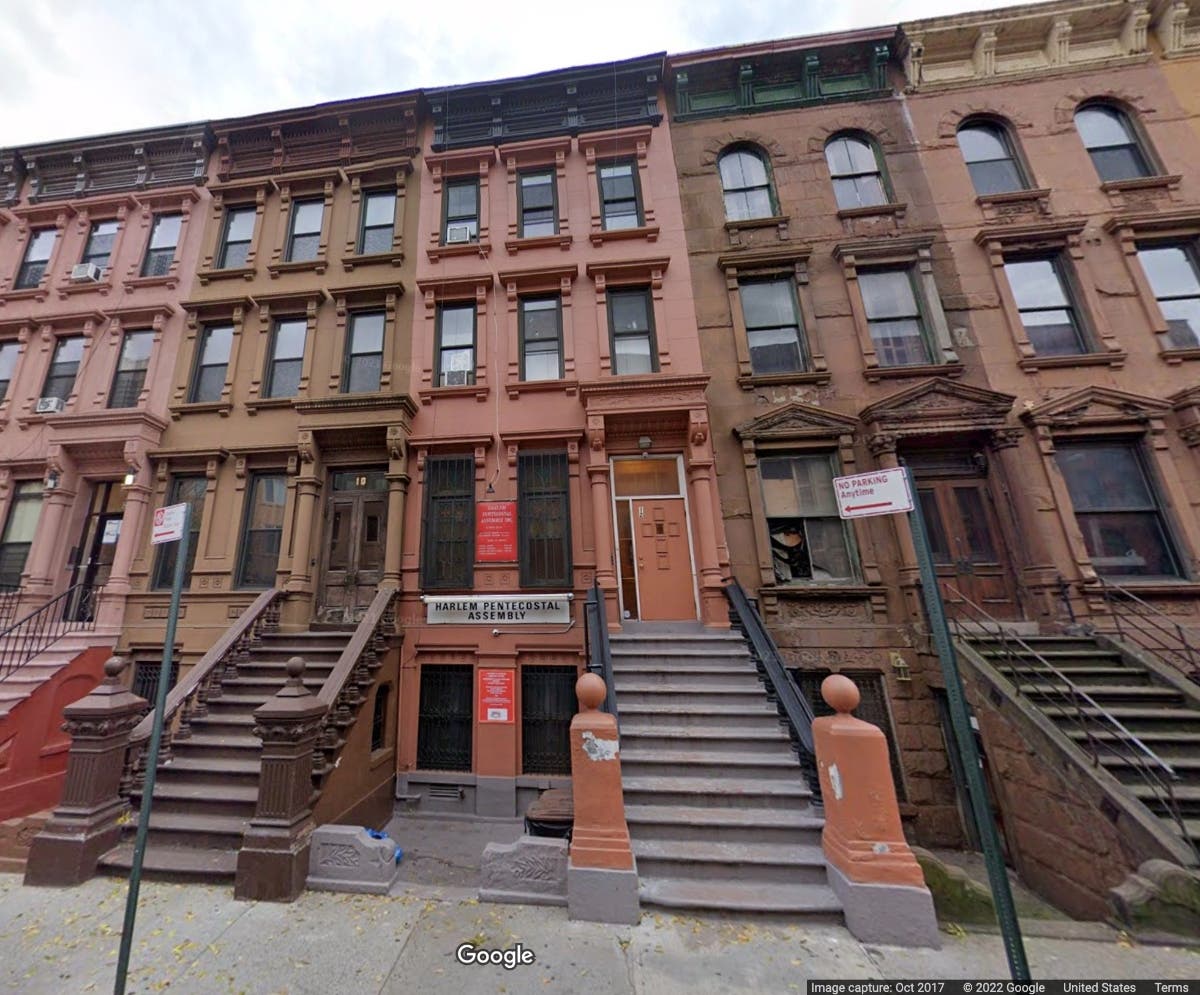 Another Harlem church building to be sold after merger

HARLEM, NY – A Harlem brownstone that served as a place of worship for more than a century can now be sold to a developer, following a merger with another church.

The four-story building on West 131st Street between Fifth and Lenox avenues has long been the headquarters of the Harlem Pentecostal Assembly, an African-American church. Its founder, Lillian Kraeger, purchased the building in 1917, according to a 2013 History of the Religious Movement, and the church was incorporated in 1924.

In 2019, however, Harlem Pentecostal decided to merge with Bethel Gospel Assembly: a large house of worship also based in Harlem.

Now, Bethel has agreed to sell the old 131st Street building for $1.5 million to Mosfigul Aktar — an architect and real estate developer, according to his website. Bethel leader Bishop Carlton Brown filed papers in state court this week asking a judge to approve the sale — a step required under state law when a church seeks to sell a property.

The proposed sale was unanimously approved by the church’s board of trustees in October, according to court filings.

In some cases, church buildings were later demolished to make way for housing, while others are being converted to new uses – such as All Saints, which will soon start a new life as a charter school. .

Aktar, the buyer, did not immediately respond to an email requesting details of his plans for the building.