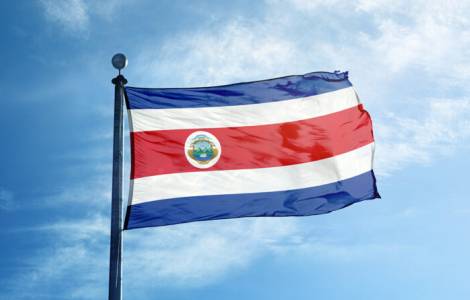 AMERICA/COSTA RICA – New call from the Bishops for the February 6 elections: “Work for the common good”

AMERICA/COSTA RICA – New call from the Bishops for the February 6 elections: “Work for the common good”

San José (Agenzia Fides) – A few days before the legislative elections of February 6, the Episcopal Conference of Costa Rica has launched a new appeal that “after the electoral process, we work for the common good”. The bishops had already expressed their opinion on the importance of the national elections and on the situation of the country in different circumstances. In their message of September 27, 2021 (see Fides 9/28/2021), the bishops reflected on the reality of the country and on the different types of crises faced by citizens, hoping for the election of people capable of “rebuilding and consolidate the foundations of the nation, in search of the common good and the integral development of people”. In a second message a few days ago (see Fides 24/01/2022) the bishops invite “to reflect on the decisive moment that our country is going through”, and “to vote and assume the responsibility that, as citizens, we all have, because it is vital to strengthen our democracy”.
In the latest statement titled “A United Family”, which is dated February 2, they reiterate the teachings of the Catechism of the Catholic Church (nn. 1906, 1908), the importance of voting and enjoying “the sacred right suffrage”, paying particular attention to the fact that those elected “work for the good of Costa Rica”.
The bishops hope that democracy will be strengthened, based on the principles that led to independence 200 years ago, and that the family will be placed at the center, as the fundamental unit of society, “so that the good -being and integral development are possible for everyone in the nation, without excluding anyone”. In particular, the bishops ask those who will be elected to set aside private interests in the name of the common good, ensuring that everyone has what is necessary for an authentically human life On February 6, 3.5 million Costa Rican citizens are called to elect the president, two vice-presidents and 57 deputies, who will serve for four years. Costa Rica, but not for consecutive mandates To win in the first round, at least 40% of the valid votes must be obtained (SL) (Agenzia Fides, 2/4/2022)

The audacity of the bishops | Opinion of the applicant